An amused TikTok user has revealed how Australians mispronounce the names of different wines and instead use slang terms.

Tiffany Krylov, from Melbourne, shared a now-viral video where she demonstrated how the names of wines are shortened or ‘butchered’ into slang, making it easier to say.

In the clip she attempted to say the correct French pronunciation before demonstrating the typical Aussie version. 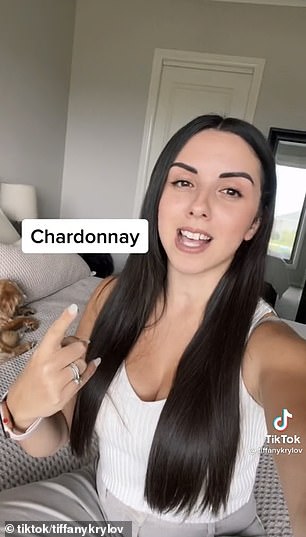 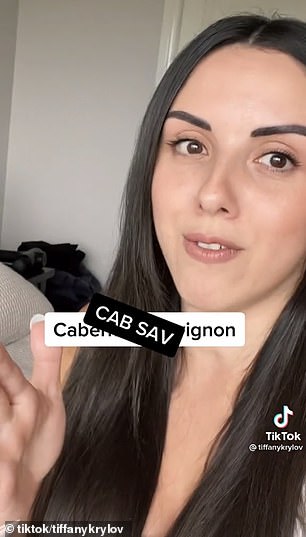 Tiffany Krylov, from Melbourne, (pictured) shared a now-viral video where she demonstrated how the names of the wine are shortened or ‘butchered’ into slang, making it easier to say

‘We don’t even try and say the full thing,’ Tiffany said.

She said this applies to the red wine ‘cabernet sauvignon’ that’s often referred to as a ‘cab sav’.

While the word for the sweet wine ‘moscato’ is easy to say, Tiffany said it’s pronounced as ‘moscardo’ in Australia.

The short video left thousands in hysterics and has been viewed more than 23,000 times.

‘I work in a bottle-o and once had someone ask me for a bottle of mosquito,’ one person wrote in the comments.

Another referred to a sauvignon blanc as ‘savvy b’.

‘I love how wine goes from sounding fancy to bogan because of an Australian accent,’ another said.