But former footy player Tony Armstrong surprised viewers on Monday by ditching the signature scruffy look for which he has become famous.

The popular sports presenter, 32, now looks uncharacteristically clean-cut after shaving off his moustache and cutting his distinctive mop of hair. 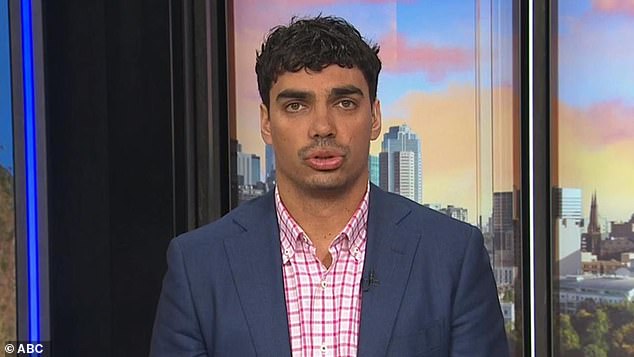 ‘Who’s the new bloke on the desk?’ Viewers have been left stunned by ABC News Breakfast presenter Tony Armstrong’s new look after he cut his long hair and shaved off his moustache

ABC News Breakfast anchors Michael Rowland and Lisa Millar remarked upon Tony’s haircut at the start of the broadcast.

Michael said he looked ‘fantastic’, but Tony joked his actual reaction was ‘Finally!’

The retired AFL star said he decided to cut his hair because his own mother kept commenting on his unruly appearance. 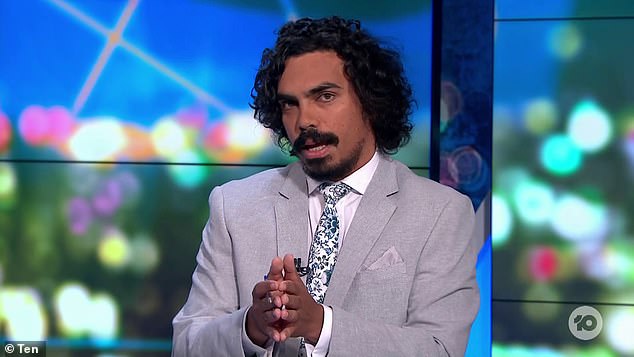 Then: The retired AFL star, who is an occasional host on The Project, looks uncharacteristically clean-cut after trimming his moustache and cutting his distinctive mop of hair

‘She sent me a text [saying], “You would make me feel much better if you shaved your face and got a haircut,” and I was like, “Okay…”‘ he said.

Viewers were stunned by his new look, flocking to Twitter to ask, ‘Where’s Tony?’

‘Did not recognise Tony Armstrong with a haircut and a shave when I turned on the telly this morning,’ one person tweeted.

‘Where are the lovely locks? I barely recognised you,’ another added. 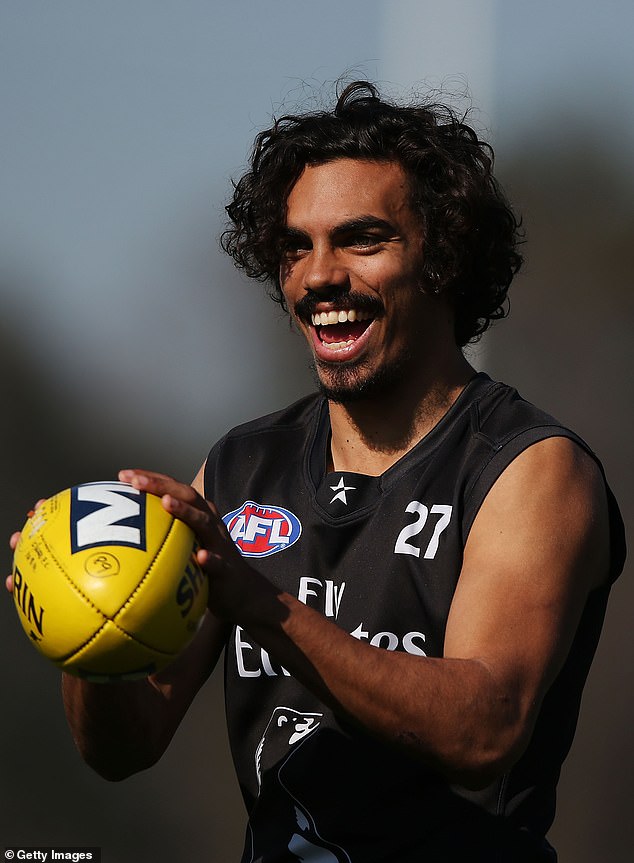 Mum’s the word! Tony, who played 35 games for Adelaide, Sydney and Collingwood, said he decided to cut his hair because his own mother kept commenting on his unruly appearance

Tony, who is also an occasional guest panellist on Channel 10’s The Project, replaced Paul Kennedy as the full-time sports presenter on ABC News Breakfast in July.

‘I don’t take it lightly when it comes to the new role,’ he said of his appointment.

‘I understand the importance of having representation for my people on screens.

Tony, who played 35 games for Adelaide, Sydney Swans and Collingwood, is an Aboriginal man of Barrabinya descent. 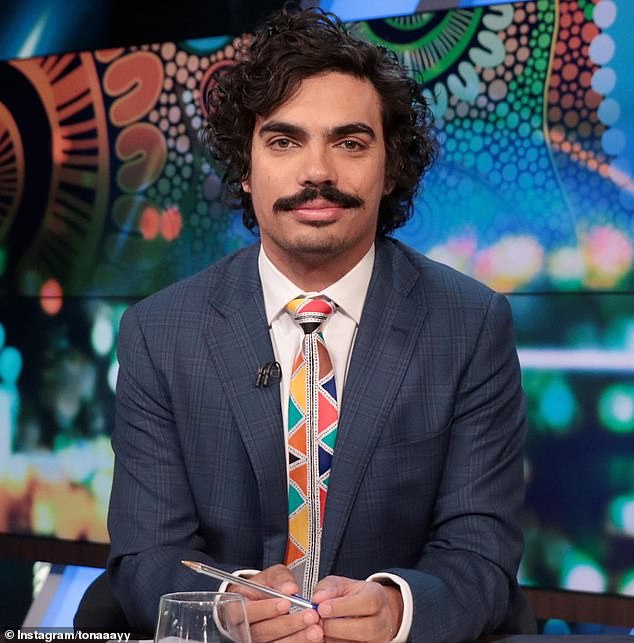