She revealed last night that she had been fired, saying she viewed abstaining as a ‘matter of principle’.

But after a dramatic U-turn by the PM this morning, the Guildford MP confirmed that she has got her job back.

‘Pleased to be reappointed to my role as PPS to Michael Gove. Busy department and work to get on with,’ she tweeted.

Commons Leader Jacob Rees-Mogg announced the government has dropped plans for a retrospective overhaul of sleaze rules after a huge backlash at the ‘politically-motivated’ decision.

The move means that a motion on suspending Mr Paterson for 30 days for lobbying rule breaches – as was recommended by the cross-party standards committee – is now set to be brought before the House again. 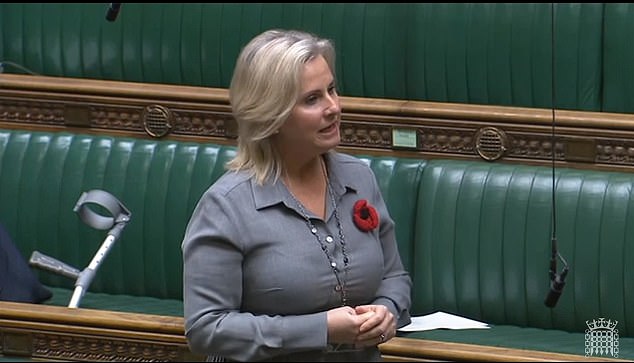 Ms Richardson revealed at 7.18pm last night that she had been fired, saying she viewed abstaining as a ‘matter of principle’

But after a dramatic U-turn by the PM this morning, the Guidford MP confirmed that she has got her job back

The PM had smashed convention by ordering his party to oppose the conclusions of the standards watchdog.

But the amendment ‘pausing’ the process and calling for a reform of the sleaze rules still only narrowly passed last night, as he was hit with a major revolt – including by Ms Richardson.

The controversial bid to save Mr Paterson sparked complete chaos, leaving the existing system for regulating MPs’ behaviour in tatters and Opposition parties vowing to boycott the government’s plans to agree a new one.

The Tory MP for North Shropshire, was last week found to have committed an ‘egregious’ breach of standards rules by directly advocating for two companies from which he pocketed some £500,000.

He continues to deny any wrongdoing, saying he would do it all again, and has called for standards commissioner Kathryn Stone to resign – something that was endorsed by Business Secretary Kwasi Kwarteng just hours before the volte face.

Addressing MPs amid growing signs of panic in Downing Street, Mr Rees-Mogg said today: ‘It is important that standards in this House are done on a cross-party basis.

‘The House voted very clearly yesterday to show that it is worried about the process of handling these complaints and that we would like an appeals system, but the change would need to be on a cross-party basis and that is clearly not the case.

‘I fear last night’s debate conflated an individual case with the general concern. This link needs to be broken. 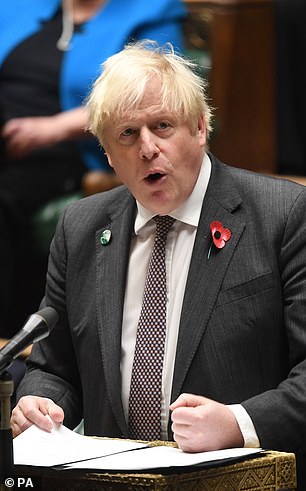 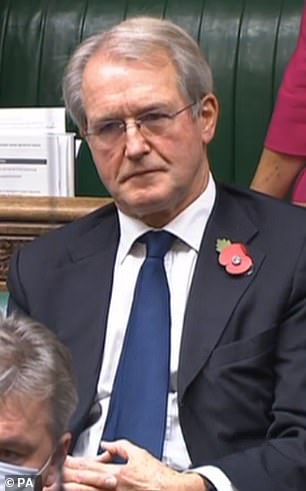 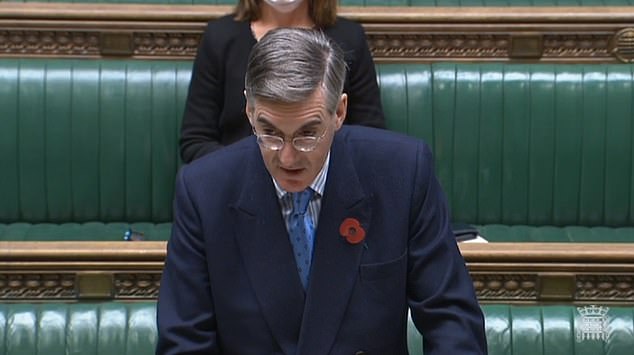 ‘Therefore I and others will be looking to work on a cross-party basis to achieve improvements in our system for future cases.

‘We will bring forward more detailed proposals once there have been cross-party discussions.’

One government source told MailOnline of Mr Paterson: ‘He’s going to end up being suspended.’

A senior Tory said: ‘There will be a lot of angry MPs who gave way and voted for the Government. Marched up to the top of the hill… ‘

Standards committee chair Chris Bryant, a Labour MP, had warned that retrospectively changing the system when an ally was under threat was ‘what they do in Russia’.

The chair of the Committee for Standards in Public Life, former MI5 head Lord Evans, also waded in this morning saying the decisions were ‘politically motivated’.

Mr Johnson himself has previously clashed bitterly with Ms Stone, including over a £15,000 ‘freebie’ to Mustique with now-wife Carrie.