EasyJet has recorded a much larger annual loss following a year filled with onerous travel restrictions and national lockdowns across Europe.

Headline losses before tax at the budget airline climbed by about £300million to £1.14billion in the year to 30 September as passenger numbers and revenues plummeted by more than half.

Temporary bans on overseas travel across Europe not only prevented people from taking flights for much of the time, but confusing and ever-changing travel rules also led many Britons to avoid booking flights and take domestic holidays instead. 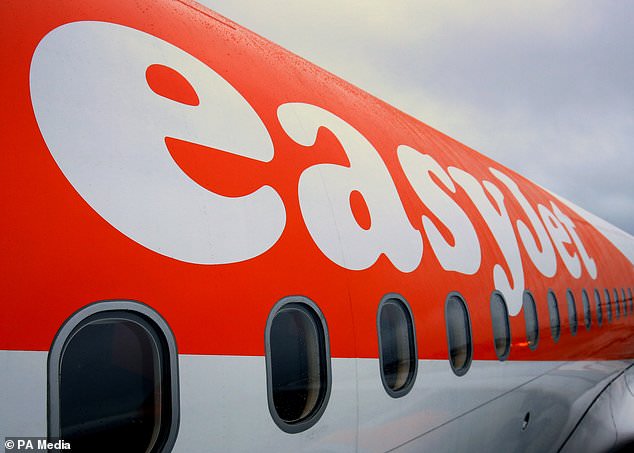 Trouble: Headline losses before tax at the budget airline climbed by about £300million in the year to September 30 as passenger numbers and revenues plummeted by more than half

Demand has started to rebound significantly since restrictions eased during the summer, with the company noting that bookings for the October half-term, ski and Christmas period were strong.

This is despite concerns surrounding the spread of the Omicron variant, which it admitted had caused a slowdown in trading with many customers transferring their bookings to later dates.

From today, all international travellers coming to the UK must take a PCR test within two days of arriving and must self-isolate until they receive a negative test. Ten African countries have also been added to the travel red list.

EasyJet said: ‘It’s too soon to say what impact Omicron may have on European travel and any further short-term restrictions that may result. However, we have prepared ourselves for periods of uncertainty such as this.’

The airline has raised around £6billion since the coronavirus crisis started, including £1.2billion through an investor rights issue in late September to help reduce its debts and make new investments.

It saved another £500million last year through cutting full-time crew numbers at all except one of its bases, renegotiating contracts to minimise redundancy costs, and cutting base pay in some higher-cost countries.

Chief executive Johan Lundgren said: ‘[EasyJet] is moving through the pandemic with renewed strength, having transformed the business by optimising our network and flexibility, delivering significant cost savings while also step-changing ancillary revenue. 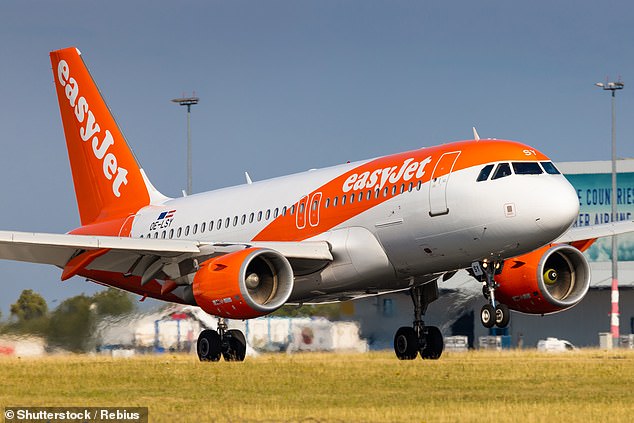 Rebound: Hargreaves Lansdown’s Sophie Lund-Yates said that as EasyJet is a short-haul service, it should see demand should revive more quickly than long-haul air carriers

‘These initiatives alongside our strong, investment-grade balance sheet provide easyJet with renewed strength to manage any further Covid related travel disruptions, as well as a platform to fast track our growth and deliver strong shareholder returns.’

EasyJet plans to boost its aircraft fleet by 25, has added new slots at four airports, including London Gatwick and Linate in Milan, and is bolstering the quantity of aircraft at its seasonal bases.

Sophie Lund-Yates, an equity analyst at Hargreaves Lansdown, remarked that the airline’s most significant advantage is that as a short-haul service, it should see demand should revive more quickly than long-haul air carriers.

She added: ‘The group remains confident that capacity will be near pre-pandemic levels by next summer. A large pillar of that success comes down to easyJet’s favourable network too, with it holding more popular slots at prized airports.

‘There is no getting away from the fact there’s further to climb, and the coming months will be patchy at best. But a newly refreshed liquidity position and competitive advantages means there are some reasons for optimism where easyJet’s concerned.’

Shares in EasyJet closed trading 1.2 per cent lower at 496.5p on Tuesday, meaning their value has fallen by around 40 per cent in the last six months.