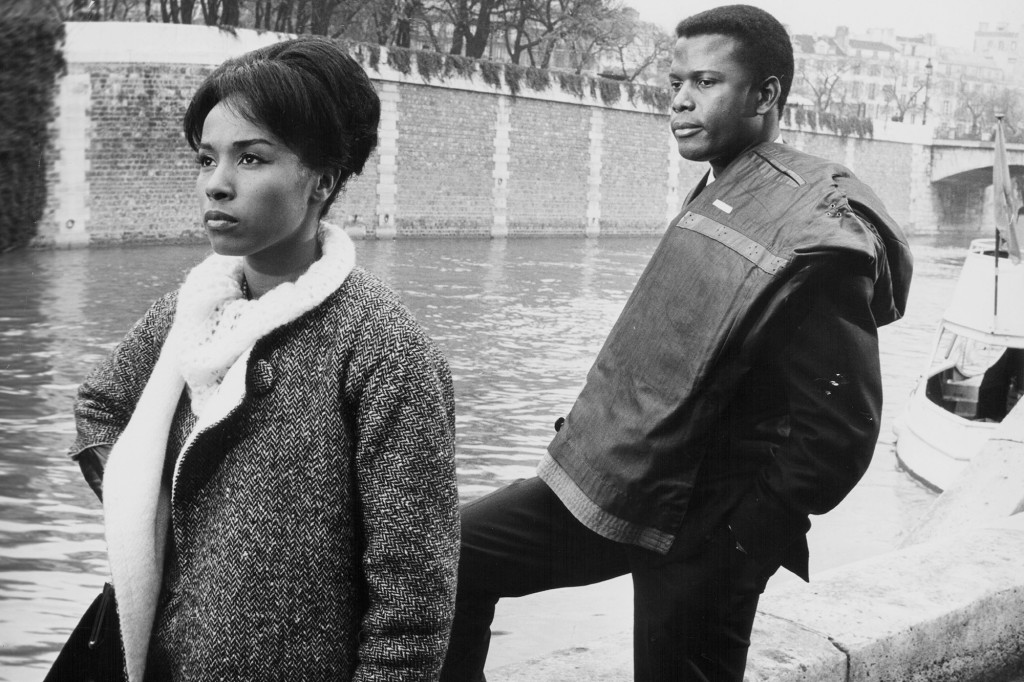 Sidney Poitier passed away Thursday at 94, leaving behind his beloved wife of 45 years, Joanna Shimkus.

But before he found everlasting love, the first black man to win an Academy Award for Best Actor was embroiled in a steamy, tumultuous affair with actress Diahann Carroll, that lasted for much of the 1960s.

The pair first laid eyes on each other in 1959, when they were both cast in the movie musical “Porgy & Bess.”

At the time, Poitier was married to his first wife, Juanita Hardy, with whom he had four daughters. Carroll, then age 24, was wed to music manager Monte Kay.

Despite their respective marital statuses, the stars were instantly captivated by one another and commenced a torrid affair.

The red-hot romance continued even after Carroll gave birth to her only child, Suzanne, in 1960.

The brazen couple starred in a second film together titled “Paris Blues,” which was released in 1961.

They were also photographed together at the Academy Awards in 1964, on the night Poitier — who was still married — scooped the Best Actor Oscar for his role in “Lillies of the Field.”

In her bombshell 2008 memoir, “The Legs Are the Last To Go,” Carroll claimed that, in 1963, Poitier promised he would leave his wife for her. He then allegedly convinced her that she, too, should also get a divorce so that they could openly be together.

Carroll kept her end of the bargain, and split from her husband, readying herself to move into a 10-room apartment on ritzy Riverside Drive that Poitier had paid for.

The actress — who went on to star in the groundbreaking sitcom “Julia” and was the first black woman to win a Best Actress in a Musical Tony for “No Strings” — even wrote that Poitier gave her a glitzy ring, although she did not say it was a proposal.

However, he soon phoned her saying he was having second thoughts about their romance, and was not going to leave his wife.

“He changed the locks so I couldn’t get in [to the Riverside Drive apartment]. Then he made me write him a check to offset his purchase and decorating costs,” Carroll wrote in her memoir. “I did as I was told, submissive and desperate.”

Poitier finally split from his wife Juanita Hardy in 1965, but the Hollywood heartthrob purportedly told Carroll that he did not want to jump straight into another marriage.

The news prompted the beauty to begin dating other men, which Poitier did not take kindly to.

She wrote in her memoir: “Sidney called me at my hotel . . . ‘You bitch, whore, tramp,’ he yelled. ‘I know he just left your bed. I won’t have you running around with other men. You belong to me!’ “

They appeared together at various public events, with Carroll writing in her memoir: “Sidney and I are now friends. That’s a lovely thing that comes as you age – forgiveness and perhaps a relaxing of standards.”

She further told NPR in 2008: “I’m a terrible romantic, just ridiculously so. It’s immature, my romanticism. It will not sustain a relationship. I know that now.”