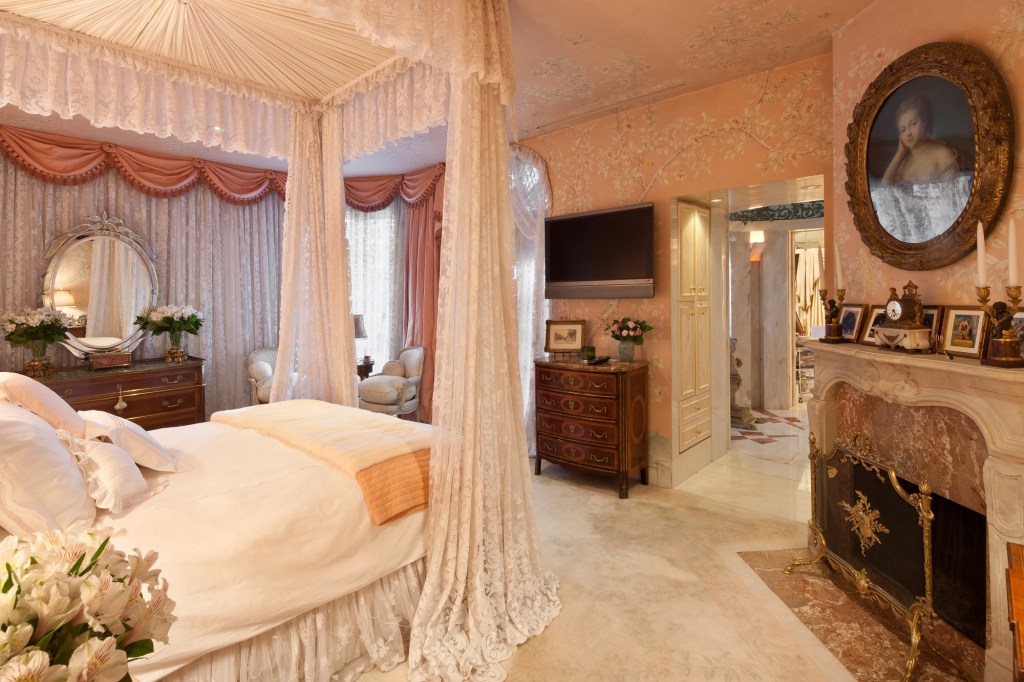 The palatial penthouse triplex once home to the late legendary comedian and American icon Joan Rivers is back on the market for $38 million.

The opulent apartment is currently styled like the palace of Versailles — exactly as Rivers had it. “But there has been a recent refresh, which has given the apartment a whole new look,” listing broker Jenny Lenz, of Dolly Lenz Real Estate, told The Post.

The seller is Saudi royal, Muhammad bin Fahd, who bought the regal home for $24 million in 2015. Another residence in the limestone mansion is also slated to hit the market today for $5 million.

The second-floor duplex comes with two bedrooms and two bathrooms, with a main bedroom overlooking a massive living room, which comes with a fireplace and a balcony.

John Drexel was the heir to the fortune of his father, Anthony Joseph Drexel, Sr., who founded Drexel, Morgan & Co. in 1871 with J.P. Morgan as his junior partner at the urging of his father, Junius Spencer Morgan. The company played a major role in the rise of global finance after the American Civil War.

The mansion, in which late director Elliott Kastner also lived, was designed by Horace Trumbauer in 1903. (Trumbauer was also the architect of the mansion last owned by Jeffrey Epstein, the late, disgraced pedophile. That mansion recently sold for $51 million, as Gimme reported exclusively.)

The apartment is unique and is like a “mansion within a mansion,” a source says.

The listing broker is Paula Del Nunzio, of Brown Harris Stevens. The building has a unique history and has also reportedly been home to  Ernest Hemingway. In addition, the home is said to be haunted by the ghost of Mrs. Spencer, J.P. Morgan’s niece and original resident of the mansion.

In a 2009 episode of the TV show “Celebrity Ghost Stories,” Rivers said she could feel the celestial spirit who was apparently not a fan of Rivers’ renovating 25 years earlier.

“It was just very strange,” Rivers said on the show. “The apartment was cold. I could never get any of my electrical things to work correctly.” Quipped the doorman to River, “I guess Mrs. Spencer is back.” The pandemic, however, appears to have cleared up the ghost situation.