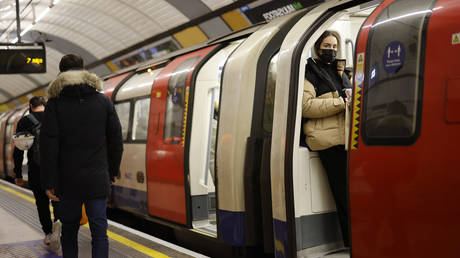 Five London Underground lines across the UK capital have been affected by a train drivers’ strike on Black Friday, with more disruption expected over the weekend.

One of the unions participating in the walkout, the Rail Maritime and Transport Union (RMT), explained on Thursday that the strike had been sparked by the “ripping up of existing agreements and working arrangements in advance of the Night Tube reopening,” with many members discontent with the new shift patterns.

Transport for London (TfL), the public body responsible for the city’s public transport, expressed its disappointment over the RMT’s decision. In a statement, TfL said the new rosters were introduced to Tube drivers back in August and included a number of assurances to staff about job security.

The walkout disrupted services across five major Tube lines – Central, Jubilee, Northern, Piccadilly and Victoria – on Black Friday, one of the busiest shopping days of the year, with sales running in many stores. Some of the strike participants have been seen picketing at the stations with banners and flags.

London’s mayor also spoke out against the walkouts. “This unnecessary strike action by RMT is causing widespread disruption for millions of Londoners and will also hit London’s retail, culture and hospitality at the worst possible time,” Sadiq Khan said on Twitter.

The strike is to continue on Saturday, with more walkouts planned over the run-up to Christmas.

“Customers who need to travel using TfL services are advised to check before they travel, allow more time for their journey, and travel at quieter times where possible,” TfL said, adding that people in Central London are advised “to walk, cycle or use a rental e-scooter” instead of using the Tube.