The 44-year-old billionaire chief executive used his social media platform to warn his 5.8million followers of the kind of global mega price surges that historically have afflicted Germany‘s Weimar Republic during the 1920s and dysfunctional dictatorships like Zimbabwe, Venezuela and Cuba.

‘Hyperinflation is going to change everything. It’s happening,’ he said.

He doubled down when quizzed: ‘It will happen in the US soon, and so the world.’

Dorsey issued the warning about massive price surges in the world’s biggest economy, two months after his Square group announced it would take over Australian buy now, pay later juggernaut Afterpay for $39billion.

Global Covid supply shortages and long port delays are at least threatening to cause double-digit inflation in the United States, which hasn’t been seen since the long aftermath of the OPEC oil crisis more than four decades ago.

In 1980, American inflation hit 14.5 per cent while in Australia, it peaked at 12.4 per cent in 1982 during a prolonged drought and approaching double-digit unemployment.

The late 1970s and early 1980s were characterised by stagflation where there was high inflation and high unemployment.

In both cases, former US president Jimmy Carter and then prime minister Malcolm Fraser went on to lose the next election.

In 2021, American headline inflation rose to 5.4 per cent in the year to September, with the Bureau of Labour Statistics figures showing a 24.8 per cent monthly surge in energy prices.

Australian consumer price index data for the September quarter won’t be known until Wednesday, when new Australian Bureau of Statistics data is released, but during the June quarter, inflation grew by an annual pace 3.8 per cent.

This was the fastest pace since September 2008, during the height of the Global Financial Crisis, and was above the Reserve Bank of Australia’s 2 to 3 per cent target for the first time in a decade. 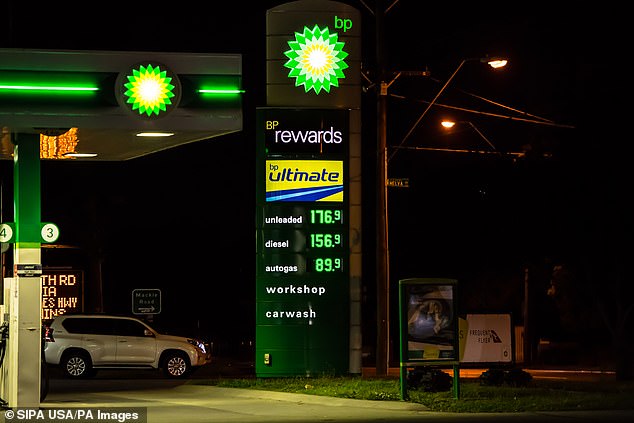 Petrol prices are also at record highs with unleaded in Sydney this week selling for 172.2 cents a litre, compared with 172.8 cents in Melbourne, 175.7 cents in Brisbane and 180.5 cents in Adelaide (pictured is a stock image) 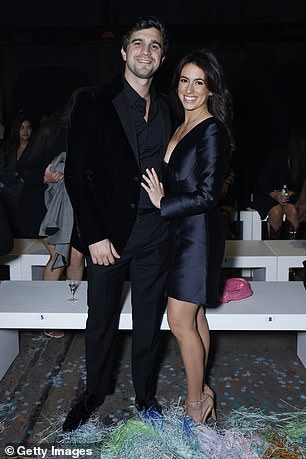 Dorsey issued the warning about massive price surges in the world’s biggest economy, two months after his Square group announced it would take over Australian buy now, pay later juggernaut Afterpay for $39billion (pictured is Afterpay co-founder Nick Molnar with his wife Gabrielle)

Petrol prices are also at record highs with unleaded in Sydney this week typically selling for 172.2 cents a litre, compared with 172.8 cents in Melbourne, 175.7 cents in Brisbane and 180.5 cents in Adelaide, MotorMouth data showed.

The pandemic has also pushed up the price of used cars in Australia, with average prices 36 per cent above pre-Covid levels, Moody’s Analytics figures for September 2021 showed.

‘Limited supply of autos because of the global electronic semiconductor shortage are expected to keep prices elevated over the near-term,’ it said.

Little wonder Australians are worried with an ANZ-Roy Morgan consumer confidence measure for October showing shoppers are worried about what inflation will do over the next two years.

The price surges are a dramatic turnaround from 2020, when Australia suffered annual deflation for the first time since the late 1990s as national Covid lockdowns caused the first recession in almost three decades.

Taking to Twitter on Saturday, Dorsey wrote: ‘Hyperinflation is going to change everything. It’s happening’ 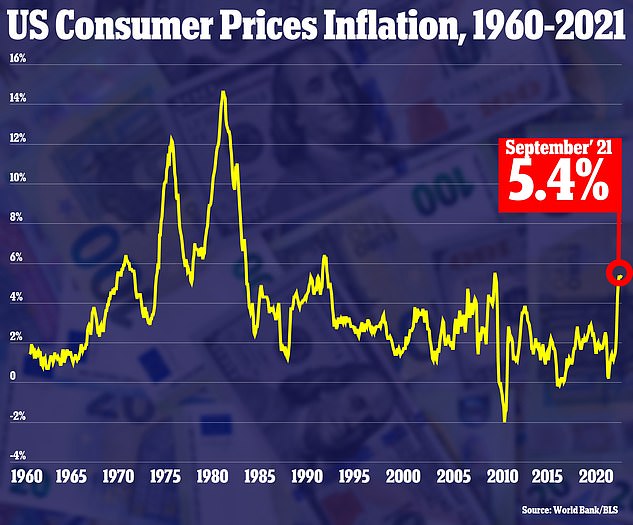 The consumer price index rose 5.4% in September from last year, up from August’s gain of 5.3% and matching the increases in June and July

In the United States, shipping ports are struggling to keep up with demand.

The Port of Los Angeles, which handles more than half of all shipping containers arriving in the U.S., is suffering from significant delays, with huge queues of trucks.

Hyperinflation is a term used to describe a period of excessive general price increases of everyday goods in a very short period of time.

Typically, hyperinflation sees the rate of inflation rise by 50 per cent each month .

By comparison, the rate of inflation has stayed at roughly two per cent per year since 2011 – though the last 12 months have seen a 5.4 per cent hike.

Unlike standard inflation, which measures the rise of prices per month, hyperinflation monitors the increases each day.

However, hyperinflation does not normally occur without an initial trigger such as a war, social uprising, or supply shock.

Hyperinflation is not usually associated with developed nations and is more likely to occur as a result of war, social upheaval stopping goods from getting to market or a supply blockage pushing up the price of everyday items.

Hyperinflation gripped Weimar Republic Germany after World War I and saw money carried around in wheelbarrows during the early 1920s, following the harsh reparation demands of the French-led Treaty of Versailles.

A loaf of bread cost 200,000 million marks in November 1923 and saw Germans turn to bartering as monthly hyperinflation reached 29,500 per cent.

This kind of economic catastrophe has also gripped Zimbabwe, following the forced takeover of white-owned farms under the late Robert Mugabe and a long drought.

This African basket case from 2007 had monthly inflation of 2,600 per cent a month, on average.

Fears about massive price increases have spurred demand for cryptocurrencies in much of the developing world where trust in the government and their central banks is low.

Dorsey’s warning on social media comes amid rising inflation in the US, which has been linked to the continuing supply chain crisis. 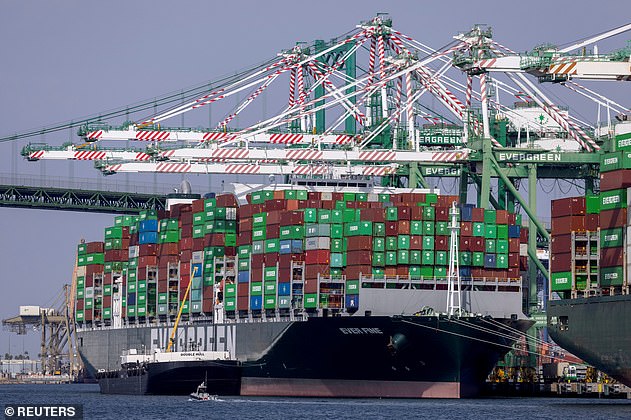 In the United States, shipping ports are struggling to keep up with demand. The Port of Los Angeles (pictured), which handles more than half of all shipping containers arriving in the U.S., is suffering from significant delays, with huge queues of trucks

Crossmark Global Investments’s chief investment officer Bob Doll said high inflation in the US was likely to last for a decade.

‘Food and energy are more variable, but that’s where the problem is,’ he told CNBC.

‘But when the dust settles, inflation is not going back to zero to 2 [per cent] where it was for the last decade.’

Treasury Secretary Janet Yellen insisted the US was not losing control of inflation, expecting it to normalise by the end of 2022.

‘I don’t think we’re about to lose control of inflation,’ Yellen told CNN’s State of the Union.

‘I agree, of course, we are going through a period of inflation that’s higher than Americans have seen in a long time,’ she continued. ‘And it’s something that’s obviously a concern and worrying them. But we haven’t lost control.’

Yellen added that she expects inflation to return to a more ‘normal’ rate of about 2 per cent next year.

‘On a 12-month basis, the inflation rate will remain high into next year because of what’s already happened,’ she said. 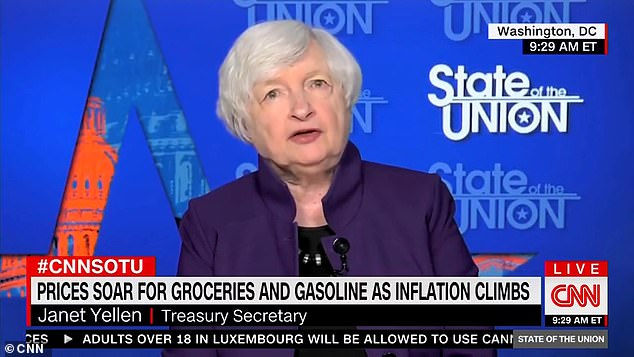