A shooting inside a Florida supermarket on Thursday morning has left three people dead, including a child and the gunman.

The Palm Beach Sheriff’s Office sent deputies at 11.40am to the Publix store on Royal Palm Beach Boulevard, where they located three people dead from gunshot wounds.

According to a tweet from the sheriff’s office, the shooter was among the deceased. 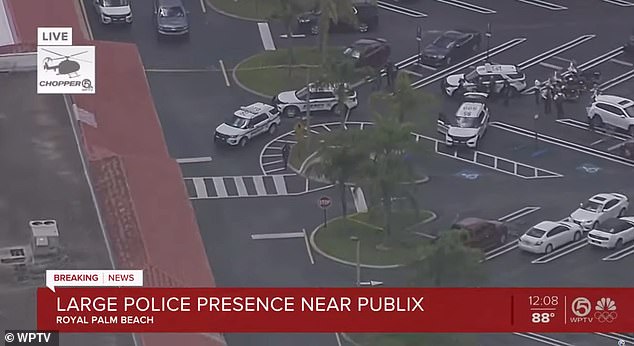 Bystander photo shows an armed officer outside the site of the deadly shooting in Palm Beach, Florida, on Thursday

The three fatalities were only described as a man, a woman and a child.

‘This was NOT an active shooter situation,’ the sheriff’s office stated, without providing any further details.

The adults and the child have not been named. Detectives are on the scene investigating what prompted the shooting.

They have not revealed which of the adults was responsible for the carnage. 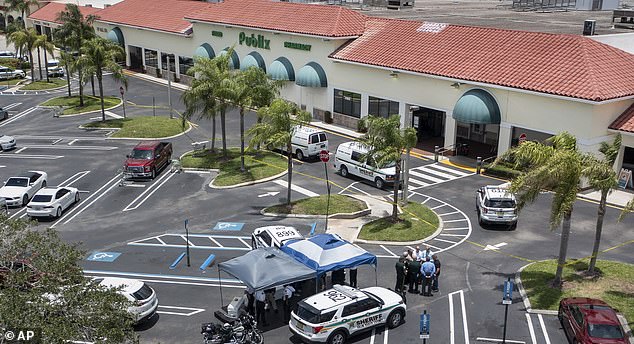 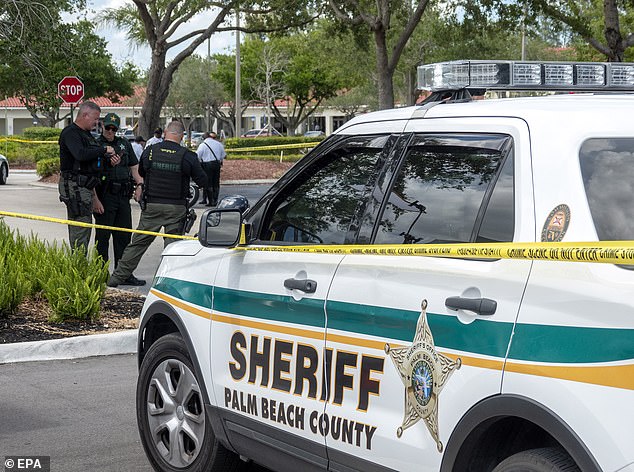 Customer Lynn Waterman told Sun-Sentinel she was at a cash register paying for her purchases when she heard what she initially mistook for the sound of popping balloons.

Suddenly, Waterman said the cashier announced there was a shooter and took off running.

A witness who was at a bank nearby told WPBT he saw a stampede of around 50 people fleeing from the Publix store.

Dr. Ron Glassman said he heard yells of ‘active shooter’ and ‘get out, get out’ as customers and staff ran for cover.

DailyMail.com reached to Publix, Florida’s largest grocery store chain with 817 locations, seeking comment on the deadly shooting and was awaiting a reply.