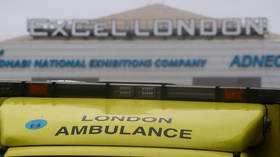 The NHS is set to provide children in England with life-changing treatment for peanut allergies in a European first after the UK’s medical service signed a deal for the “pioneering” oral medication after a successful study.

Palforzia was found to reduce the severity of symptoms, such as anaphylaxis, after those with allergic reactions consume peanuts. The study conducted at Evelina London Children’s Hospital was described as having transformative effects for the lives of the kids who participated.

Sophie Pratt, mother of nine-year-old Emily who took part in the study, praised the treatment for allowing her daughter to be “free from limits and the fear that the tiniest mistake could put her life at risk.”


The two studies found that six in 10 participants, aged between four and 17, who experienced an allergic reaction to just 10mg of peanut protein at the start of the experiment were able to consume 1,000mg at the end.

“This pioneering treatment can be life-changing for patients and their families and, thanks to the deal the NHS has struck, people here will be the first in Europe to benefit,” NHS medical director Professor Stephen Powis said.

It will reduce the fear and anxiety for patients and their families who may have been living with this allergy for years, and carrying around emergency medication.

With peanut allergies estimated to affect around one in 50 children across the UK, the NHS is expected to provide the treatment to around 600 kids. It works by giving children a controlled, consistent exposure to small amounts of protein with a view to helping them decrease their sensitivity to the food.

Eventually, the UK medical service hopes to be able to treat 2,000 children a year after striking a deal with the pharmaceutical company behind the drug.

Palforzia has already been approved for use in the United States, becoming the first, and so far only, FDA-backed treatment to tackle severe peanut allergies.