UK https://www.rt.com/uk/544234-cancel-culture-poll-views/Britons reveal which views they are afraid to express English Headline 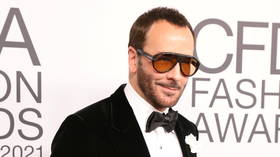 Most Britons are sometimes afraid to express their political or social views for fear of a negative response, though two-thirds are still unaware what the phrase “cancel culture” means, a new poll from YouGov has revealed.

Over half (57%) of the survey’s 1,677 adult respondents said that, at least sometimes, they have stopped themselves from expressing their political or social views “for fear of judgment or negative responses from others.” Only 27% claimed that they always expressed their views.

Regarding which views Britons were most likely to hide, the poll revealed that in most cases, it was something that might be considered as “un-progressive.” For example, 33% of those who see high levels of immigration being a bad thing for the country said they hide their views on the issue from others, compared to only 10% of people with pro-immigration views doing the same.


“This is the topic on which people are most likely to say they feel they have to keep quiet,” YouGov said of its findings.

Among other views that people prefer to keep hidden are “the belief that ethnic minorities in Britain have things as good as white Britons” and “transgender issues, which 29% of those who disagree with the statement ‘a transgender woman is a woman’ feel they have to frequently keep bottled up.”

Most respondents said they are reluctant to express support for a law forbidding full body and face veils, or to say that LGBTQ people and women have things as good as straight people and men.

“The exceptions to this trend are views on the British Empire and obesity, where both sides of the argument reported similar levels of reluctance to express themselves,” reads the report.

Meanwhile, some 43% of the poll’s participants said that protecting people from offensive or hateful speech should be the priority, while 38% would prioritize free speech interests.

The survey, conducted on November 19-21, also revealed that 65% do not know what “cancel culture” means. Some 38% of those who took part said they had never heard the expression.