Scottish MP Margaret Ferrier, 61, pushes cameraman as she leaves court after learning she will face trial in August accused of travelling between Glasgow and London with Covid-19 symptoms

By Henry Martin For Mailonline

An MP was filmed pushing a cameraman outside court – where she was accused of putting people at risk by travelling between Glasgow and London with Covid symptoms.

Margaret Ferrier, 61, is accused of wilfully exposing people ‘to the risk of infection, illness and death’ by visiting various places in the Glasgow area and London, having been told to self-isolate in late September 2020.

She allegedly travelled to Westminster while awaiting a Covid test, spoke in the House of Commons and then returned to Glasgow by train after her test came back positive.

Ferrier, who had the SNP whip removed after the allegations emerged but remains the independent MP for Rutherglen and Hamilton West, pleaded not guilty to the charge when she appeared at Glasgow Sheriff Court today.

A video clip of her leaving the court, uploaded to Twitter by Radio Clyde News, shows a cameraman rushing in front of the MP to get footage of her.

Ferrier, who was wearing a face mask and holding an umbrella, can be seen slapping the cameraman’s arm with the back of her left hand as she walks past him. 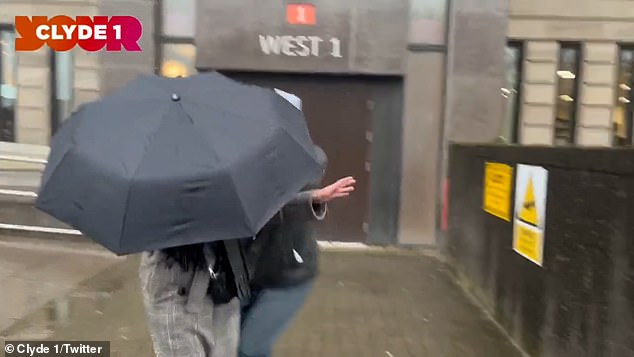 Ferrier, who was wearing a face mask and holding an umbrella, can be seen slapping the cameraman’s arm with the back of her left hand as she walks past him 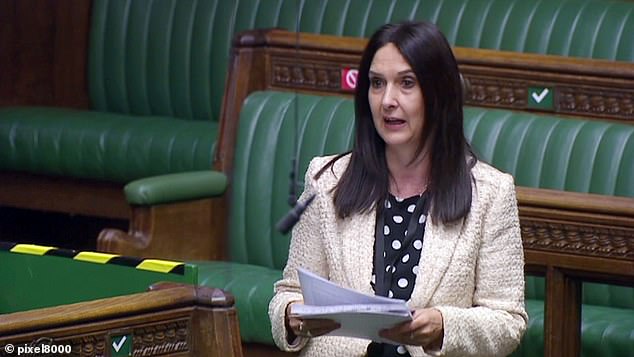 Prosecutors claim that having booked a test for Covid-19, Ferrier ‘culpably and recklessly’ put people at risk by visiting several places.

These are said to include the Lifestyle Leisure Centre, Vanilla Salon and Sweet P Boutique in Rutherglen, South Lanarkshire, St Mungo’s Church in Glasgow and Vic’s Bar in Prestwick, South Ayrshire.

Ferrier is said to have taken a taxi from Cambuslang to Glasgow Central Station, a train from Glasgow Central to London Euston and back, and visited the Houses of Parliament in London, along with other places unknown to prosecutors. 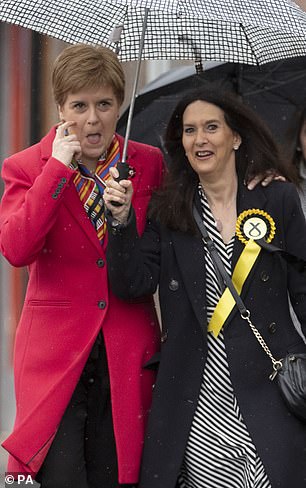 It is alleged that having booked a test for Covid-19, stating in the booking application that she had symptoms of the disease, and having been told to self-isolate, she put people at risk between September 26 and 29, 2020 by travelling throughout Glasgow and the surrounding areas, and travelling between Glasgow and London and back.

The trial will take place in August and is expected to take around five days.

Fiscal depute Mark Allan said: ‘There will be a few police witnesses but the majority of the case will be taken up with civilian witnesses.

‘There are also a number of civilian witnesses with significant commitments to Parliament which will require to be worked around.’

Sheriff Johanna Johnston QC set a trial date for August 15, with a pre-trial hearing to take place on June 14.