She broke down barriers when she became the first female Conservative MP to come out as bisexual. Now, Dehenna Davison might be the first to set a trend of Tory TikTokers.

Davison, 28, who caused shockwaves when she turned the ‘Red Wall’ Labour seat of Bishop Auckland blue, has shared details of her morning routine on teenagers’ favourite video-sharing app, TikTok.

Davison, who is reportedly a close friend of Carrie Johnson, the PM’s wife, shared a clip showing how she gets ready in the morning,

The candid clip was filmed to the soundtrack of Taylor Swift‘s Are You Ready For It, with the politician plucking her eyebrows and applying liquid eyeliner in the video.

Wearing a bathrobe and hair towel while lip-syncing to Swift’s tune, Dehenna, who has been a member of the Tory party since 2019, started off by washing her face before moving onto plucking her eyebrows and putting on makeup, applying eyeshadow and eye-liner with a well-practised hand. 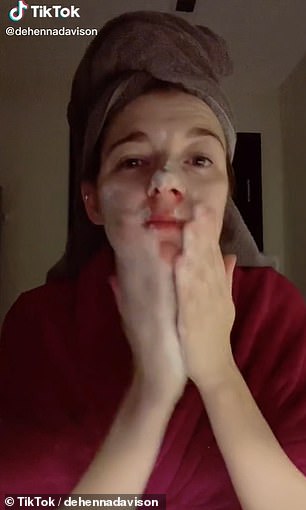 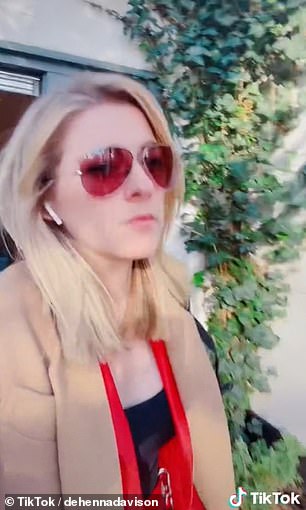 Dehenna Davison, 29, was elected MP for Bishop Auckland in 2019 and caused a stir when she came out as bisexual in 2021. Now, the politician, who was married to fellow Conservative MP John Fareham, 35 her senior and separated from him before the 2019 general election, is making new grounds on TikTok, sharing clips of her daily life with her fans 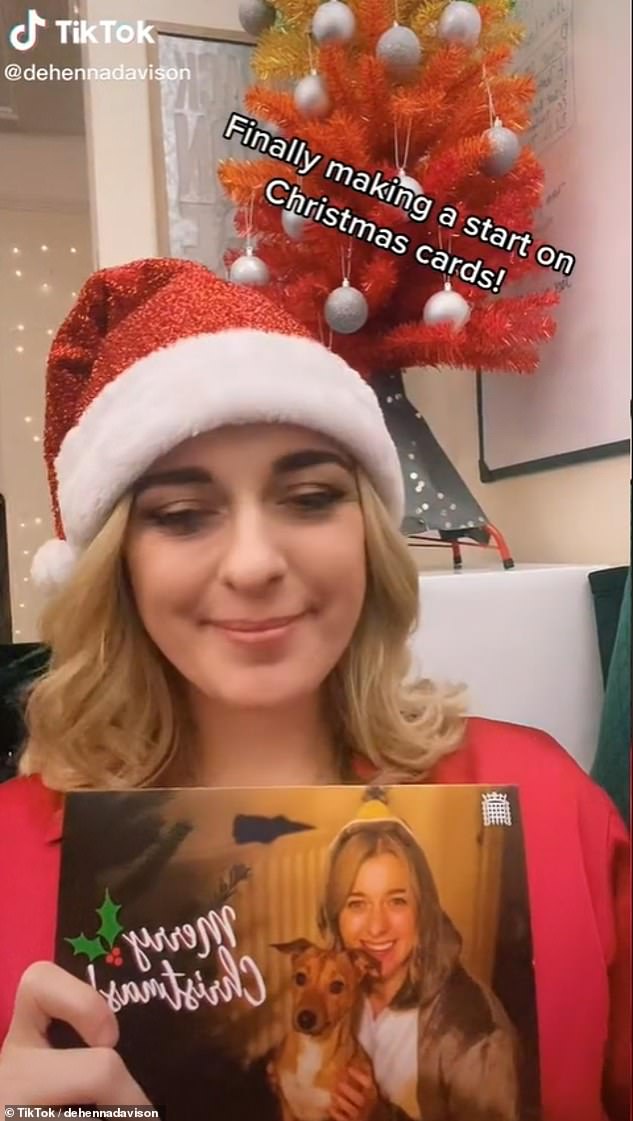 Dehenna also showed her Christmas card, where she is cuddling to her pooch, in another TikTok from December 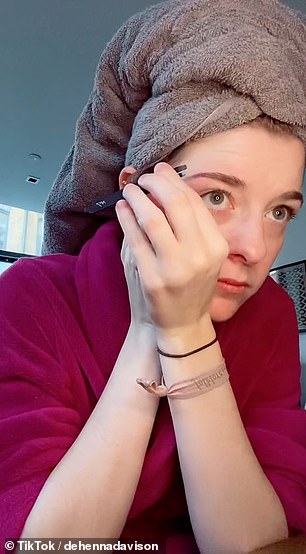 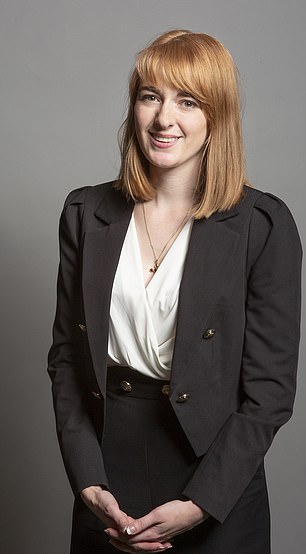 In the candid clip, Dehenna showed she plucks her eyebrows before putting on makeup in the morning. Right, Davison, 28, looking professional in a suit

The MP seems determined to show a more personal side of her life on the social media platform, which is extremely popular with Gen Z – the next generation of voters.

Other candid videos shared on the social media platform – where she describes herself as a ‘dog mum,’ include a reveal of her Christmas card – starring Dehenna and her pooch.

Donning a Santa hat, the MP revealed she got into the festive spirit listening to Christmas Tree Farm, another one of Taylor Swift’s songs.

These two clips have been uploaded recently, suggesting the MP might be adopting a new social media strategy for 2022.

The only other video on her account was uploaded in May 2020 and shows the MP reassuring her followers she would continue to represent LGBT rights.

For now, Dehenna only counts 1,328 followers on the platform, but this number could increase if she keeps sharing content. 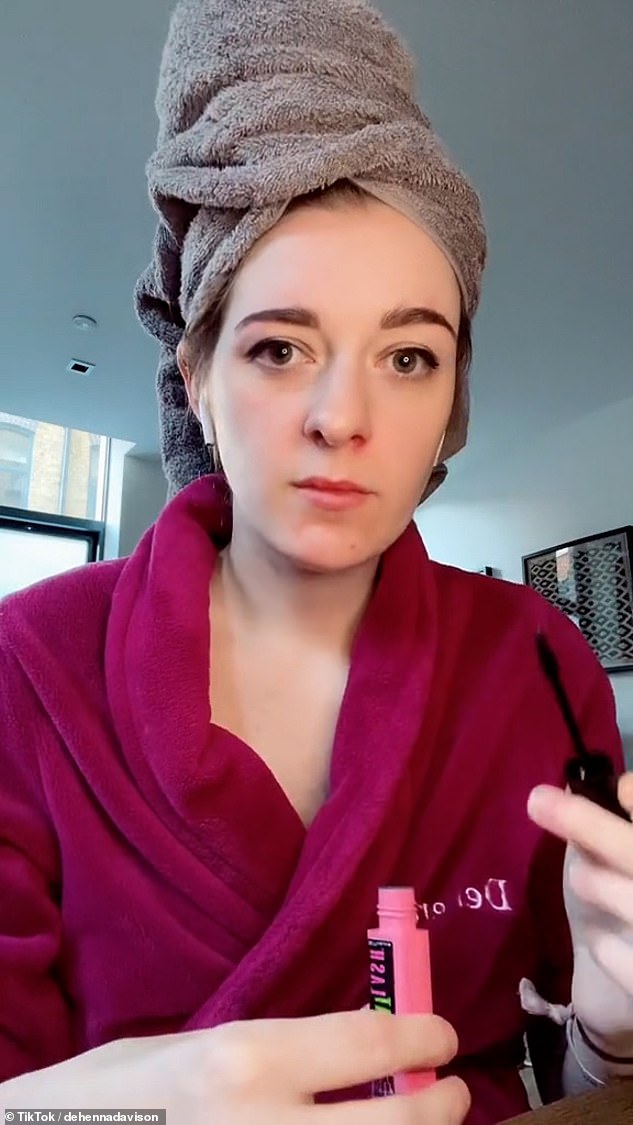 The elected official, who has been in office since 2019, applied her mascara while lip-syncing to Taylor Swift 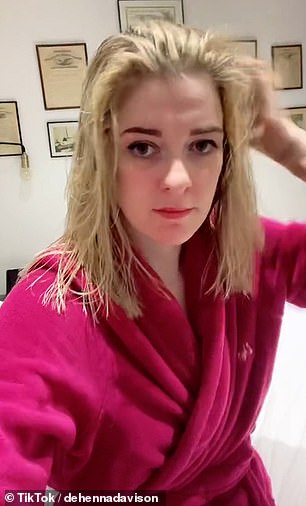 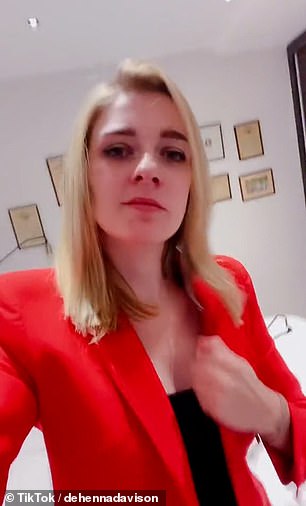 The clip showed Dehenna jump from her bathrobe and wet hair to a smart casual red pant-suit, with a crisp blow-dry 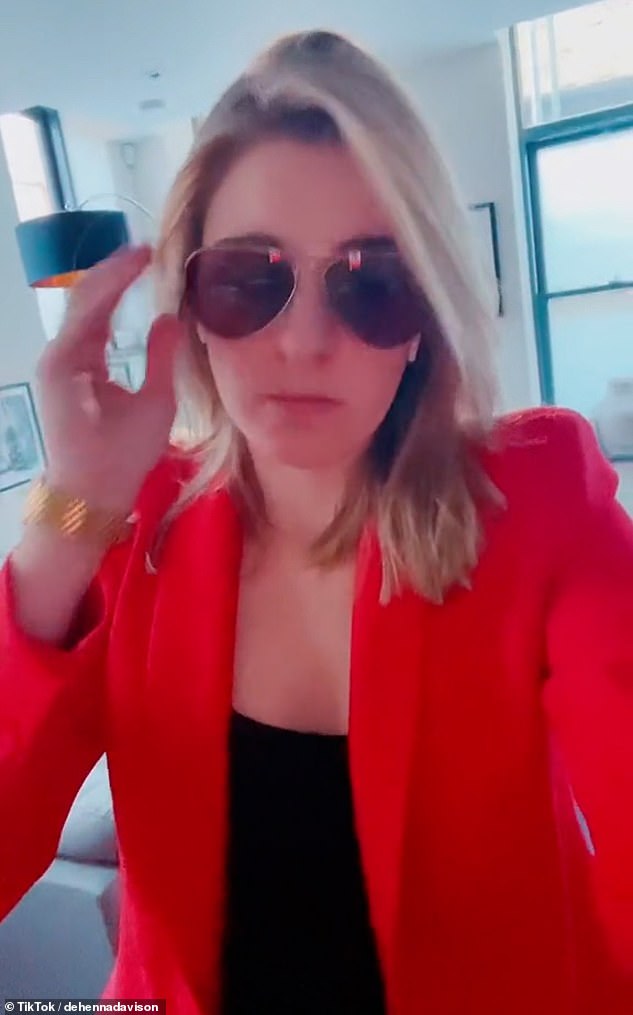 The MP, who is still in the process of divorcing her ex-husband, came out as bisexual in October and was met with an onslaught of criticism.

Davison, who is in the process of divorcing her husband John Fareham, said she did not think her sexuality was a ‘big deal’ when she came out.

Ms Davison is understood to be the first female Conservative MP to come out publicly as bisexual.

She told GB News at the time: ‘If anyone were to explicitly ask me, I certainly wouldn’t try and hide it because I don’t think it’s anything to be ashamed of.

‘The reason I haven’t done a kind of, ‘By the way, guys’, is because I don’t want being bi to be considered a big deal. 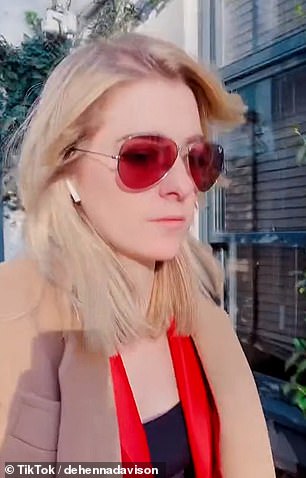 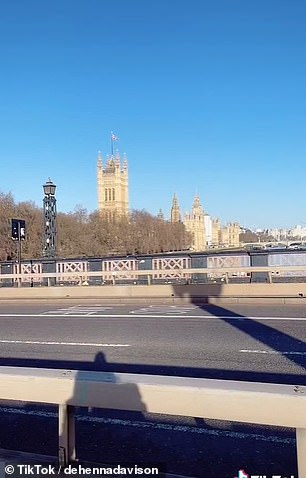 The MP revealed her daily morning commute was just a brisk walk to the House of Commons Westminster, right

‘If I did a very public kind of coming-out parade, that would be me saying there’s something really unusual about this and trying to make a big deal of it when to me it’s not. It’s just part of who I am.’

After news broke, Davison tweeted: ‘Really overwhelmed by the outpouring of love this evening.

‘Thank you so much for your support.’

But the Tory MP’s announcement wasn’t entirely met with praise – with a hateful section of online commenters accusing her of a ‘publicity stunt’.

One Twitter user wrote: ‘Publicity stunt. Be more surprised if celebs and MPs came out as straight to be honest.’ 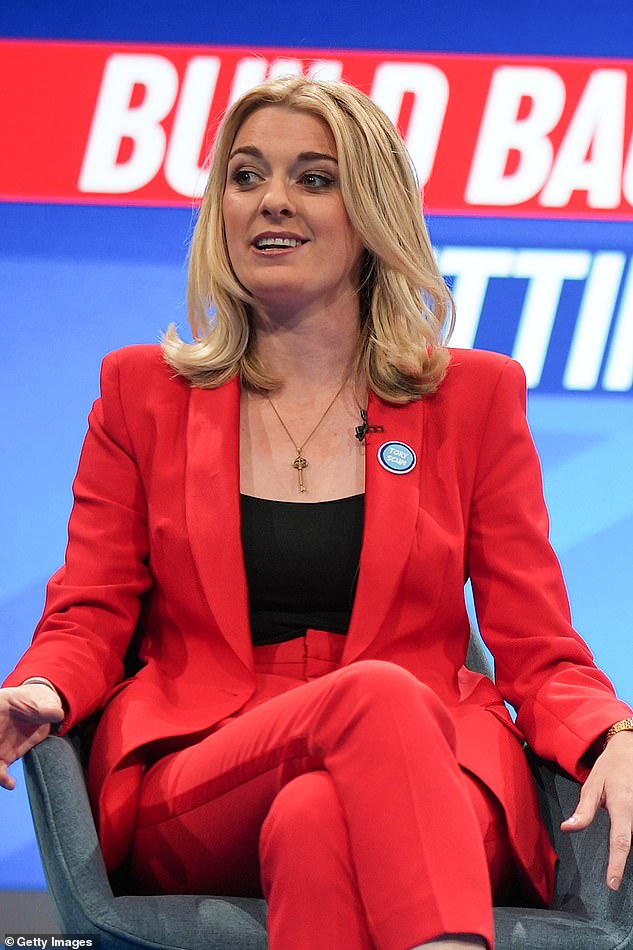 Since getting elected in 2019, Dehenna has separated her from husband and come out as bisexual in October 2021

Troll Chakib Miraoui added: ‘When admitting sexual duality becomes a virtue in itself. Sex between two women is a great sin in the eyes of God.

‘I hope you’re not planning on ever going to church again.’

Davison also outed one person’s particularly cruel message which described her as ‘deluded’ and demanded she be ‘deselected’ at the next General Election.

The anonymous email read: ‘If you are so deluded to think bisexual, homosexual, trans etc is normal, you are not someone to represent us in Parliament.

‘I dread to think of all the hate crime, pro queer laws you would want. You have been deselected.’

In response, Davison joked: ‘Someone clearly needs more rainbows in their life’.

Fellow Tory MP Chris Clarkson, who is openly gay, quipped: ‘Wait until they meet the rest of the Parliamentary Party.’

Ms Davison became the first Conservative MP in the former Labour stronghold in more than 80 years when she won the seat from Helen Goodman in 2019.

She won a majority of almost 8,000 as her party made unprecedented gains across the North East.

Following the General Election, she split from Hull councillor John Fareham – who she married in 2018.

Tech News GameStop is getting into NFTs and cryptocurrency English Headline