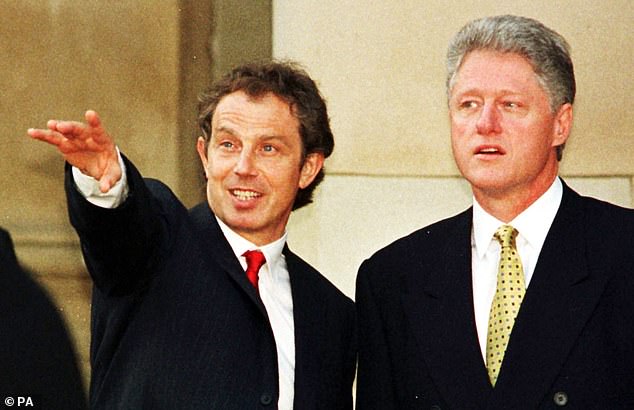 No10 feared Monica Lewinsky affair could damage Tony Blair if he visited Bill Clinton as the scandal rumbled on, archive papers show

By Claire Ellcott Political Correspondent For The Daily Mail

The Blair administration feared he could be tainted by association if he went ahead with a visit to Bill Clinton during the Monica Lewinsky scandal.

Aides secretly instructed US lawyers to assess just how much trouble the president was in over his affair with his intern as they finalised details for the trip, which happened in February 1998.

And plans for Cherie Blair to attend a seminar on a White House intern scheme were dropped.

Mr Clinton was impeached after falsely denying he had an affair with Miss Lewinsky, although he was eventually acquitted.

Papers released by the National Archives show Mr Blair’s chief of staff Jonathan Powell advised him to ‘weigh in for the President’ at their joint press conference. 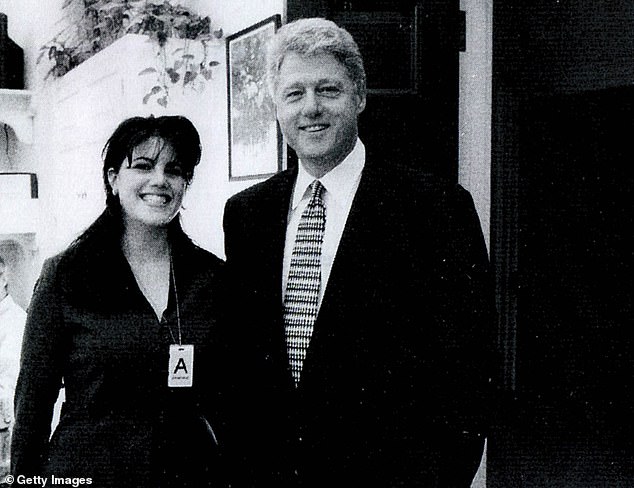 In January 1998, as preparations for the February visit were being finalised, Mr Clinton stated that he ‘did not have sexual relations with that woman, Ms. Lewinsky.’

Further investigation led to charges of perjury and to his impeachment later that year, though he was eventually acquitted.

Ahead of the trip, Jonathan Powell, the prime minister’s chief of staff, noted the White House was hoping for a ‘Bill and Tony show’ to shore up Mr Clinton’s position.

He took the precaution of commissioning a Washington law firm, Sutherland, Asbill and Brennan LLP, to advise on the extent of the president’s legal predicament.

Summarising the legal situation ahead of Mr Blair’s trip, the lawyers stated that if Mr Clinton had lied about his relationship with Ms Lewinsky, he would be charged with perjury.

‘You remember that Al Capone was eventually convicted of tax evasion. It is no different in this case,’ John McInespie, a lawyer at the firm, wrote.

‘So far our people say that there is no “smoking gun” to charge Clinton with anything, but that might not be the case by the time of the forthcoming visit of the Prime Minister.’

They concluded: ‘Please remember that Nixon only resigned after the Supreme Court ordered the release of the tapes. So far, there are no relevant tapes in this case.’