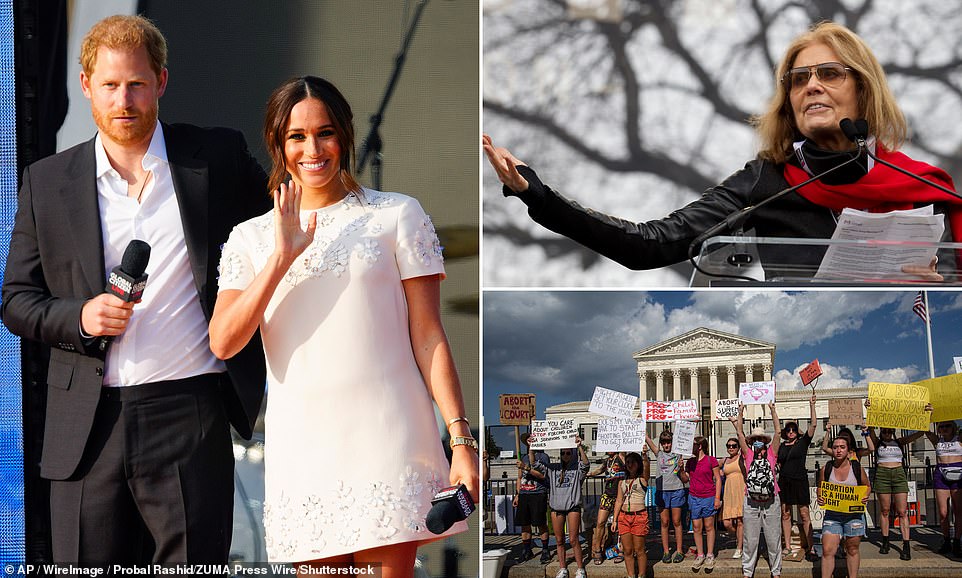 Meghan Markle has revealed she is willing to go to Washington DC to join protests against the Roe v Wade abortion ruling and urged people to vote in the November midterms in another big step into US politics backed by her ‘feminist’ husband Prince Harry. 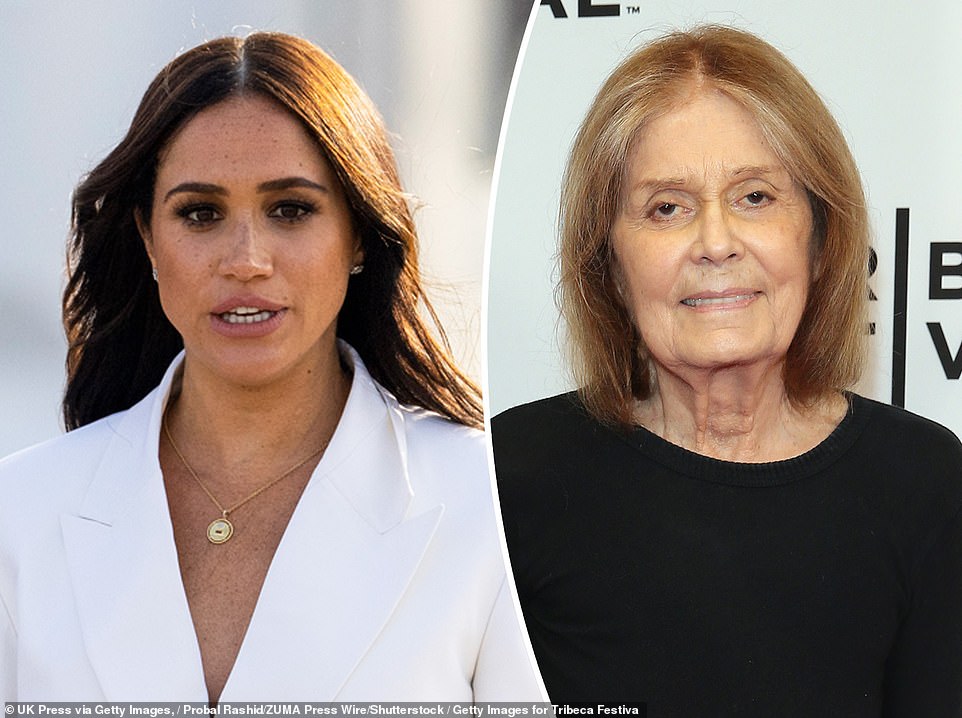 The Duchess of Sussex is seething over the Supreme Court’s decision and told activist Gloria Steinem, 88 (right): ‘Well, Gloria, it seems as though you and I will be taking a trip to DC together soon’. In an interview with Vogue, Meghan also urged men to be ‘more vocal’ with their anger at the repealing of Roe v Wade and revealed that Prince Harry had a ‘gutteral’ response to the Supreme Court’s decision. 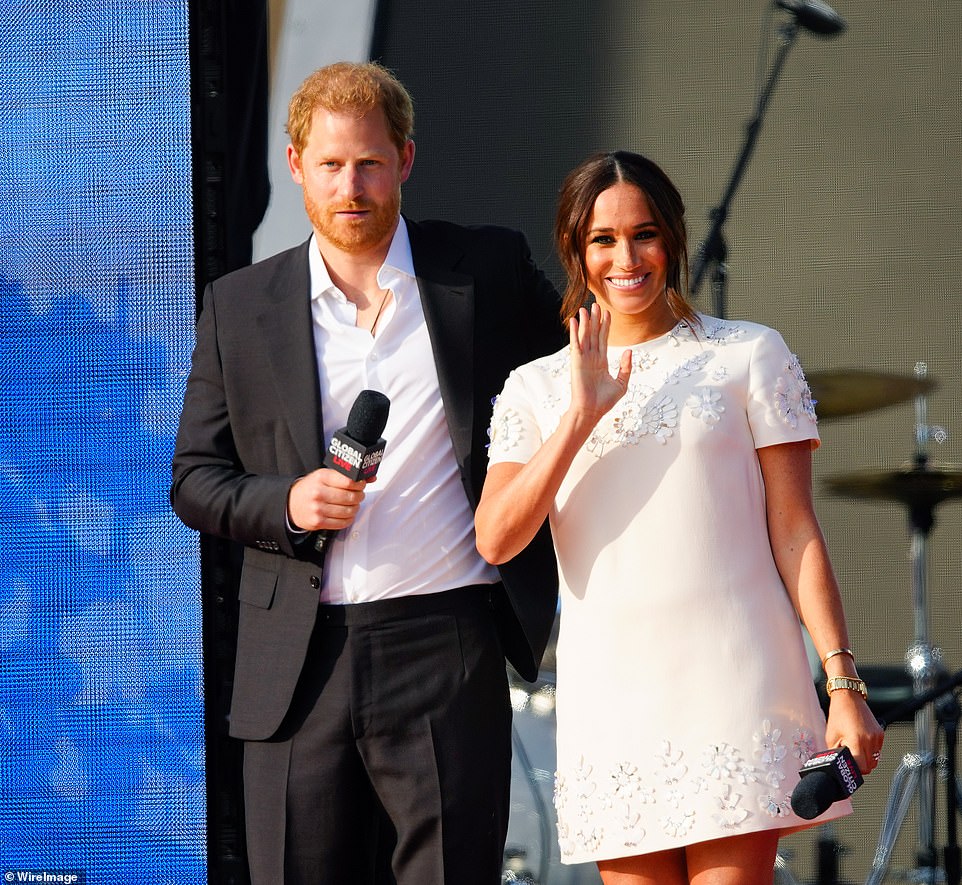 She said: ‘My husband and I talked about that a lot over the past few days. He’s a feminist too’ and in an intervention that will be widely perceived to be pro-Democrat, she said: ‘We have to channel that fear into action. We can start this November in the midterms. We have to vote, every time’. Meghan and Harry are no strangers to political activism and recently hired Miranda Barbot, a former aide to former president Barack Obama who was central to his successful reelection campaign in 2012. 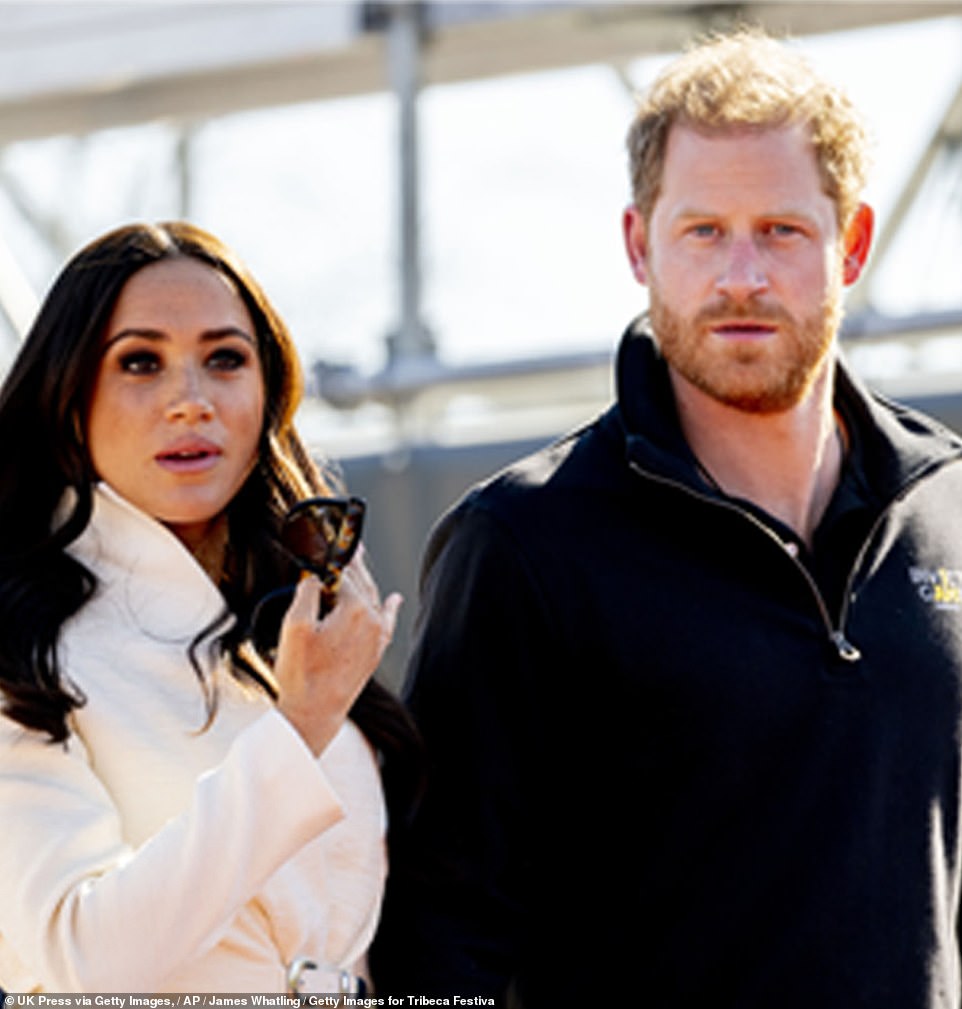 In 2020 they were accused of ‘violating’ the terms of the ‘Megxit’ deal after repeatedly urging Americans to vote in the presidential elections. Their words were widely seen as anti-Trump, including by the president himself, as his supporters believed the couple were trying to mobilize mail-in voters, one of the key groups that swept Mr Trump out of power and won the election for Joe Biden. Mr Trump even promised campaign for the White House in 2024 if Meghan was joining the race.

Last month Meghan also chartered a private jet to travel the 1,400 miles to Texas where she laid a bouquet of white ‘peace’ roses at a memorial to the 19 children and two teachers slain at Robb Elementary School but has not spoken about publicly about gun control. And she has recently lobbied senators on improving rights to parental leave. Meghan’s political ambitions have long been talked about since she and Harry emigrated from Britain including claims that she would ‘seriously consider’ running for president if her husband dropped his royal title. 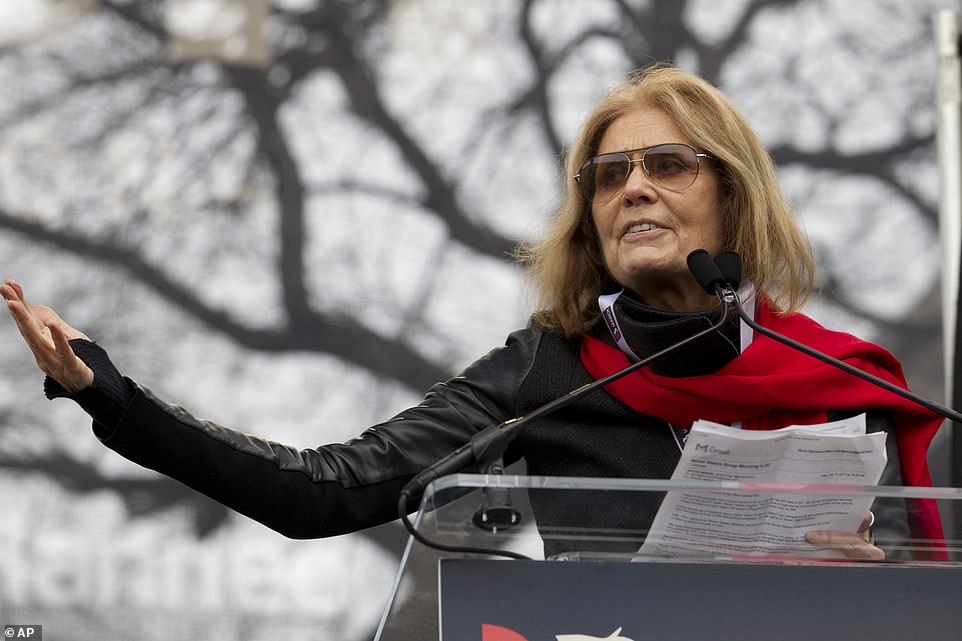 In yesterday’s interview with Meghan, Ms Steinem declared the day after Friday’s ruling that she would welcome women traveling to New York for an abortion into her own Manhattan home. Ms Markle said her miscarriage had hardened her view about the importance of the right to an abortion. She said: ‘I think about how fortunate I felt to be able to have both of my children. I know what it feels like to have a connection to what is growing inside of your body. ‘I know what miscarrying feels like, which I’ve talked about publicly. The more that we normalize conversation about the things that affect our lives and bodies, the more people are going to understand how necessary it is to have protections in place’. 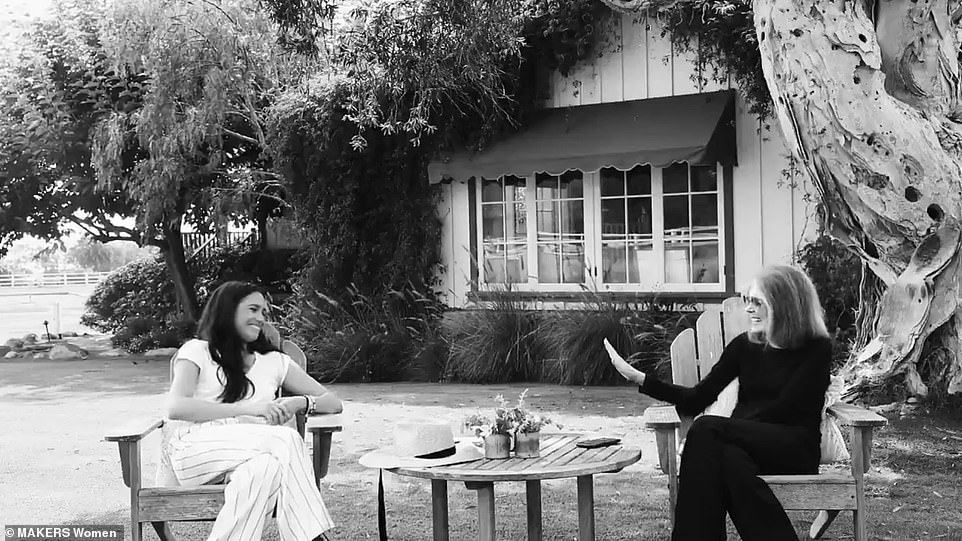 Markle said that all men need to join women in the fight to protect abortion rights. ‘Men need to be vocal in this moment and beyond because these are decisions that affect relationships, families, and communities at large,’ she said. ‘They may target women, but the consequences impact all of us. ‘My husband and I talked about that a lot over the past few days. He’s a feminist too.’ Steinem (right), who was approached by Markle in 2020, when the Duchess realized that she was sheltering during the pandemic near their California home, said she could confirm that Harry was deeply interested in women’s rights. She called the pair ‘chosen family’. ‘His reaction last week was guttural, like mine,’ Markle said. ‘I know that for so many women right now, there is a sentiment of despair. But again, we have to band together and not wallow. We have to do the work.’ 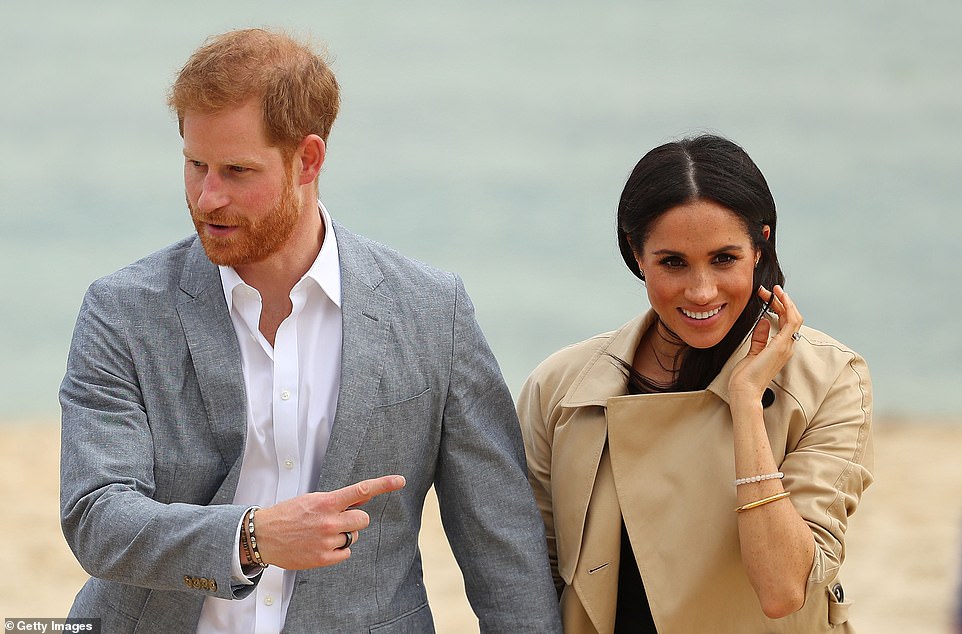 The mother of two said it was important to ‘normalize conversation about the things that affect our lives and bodies’, referencing her own decision to speak out in November 2020 about her own miscarriage. ‘This is about women’s physical safety,’ she said. ‘It’s also about economic justice, individual autonomy, and who we are as a society. Nobody should be forced to make a decision they do not want to make, or is unsafe, or puts their own life in jeopardy.’ 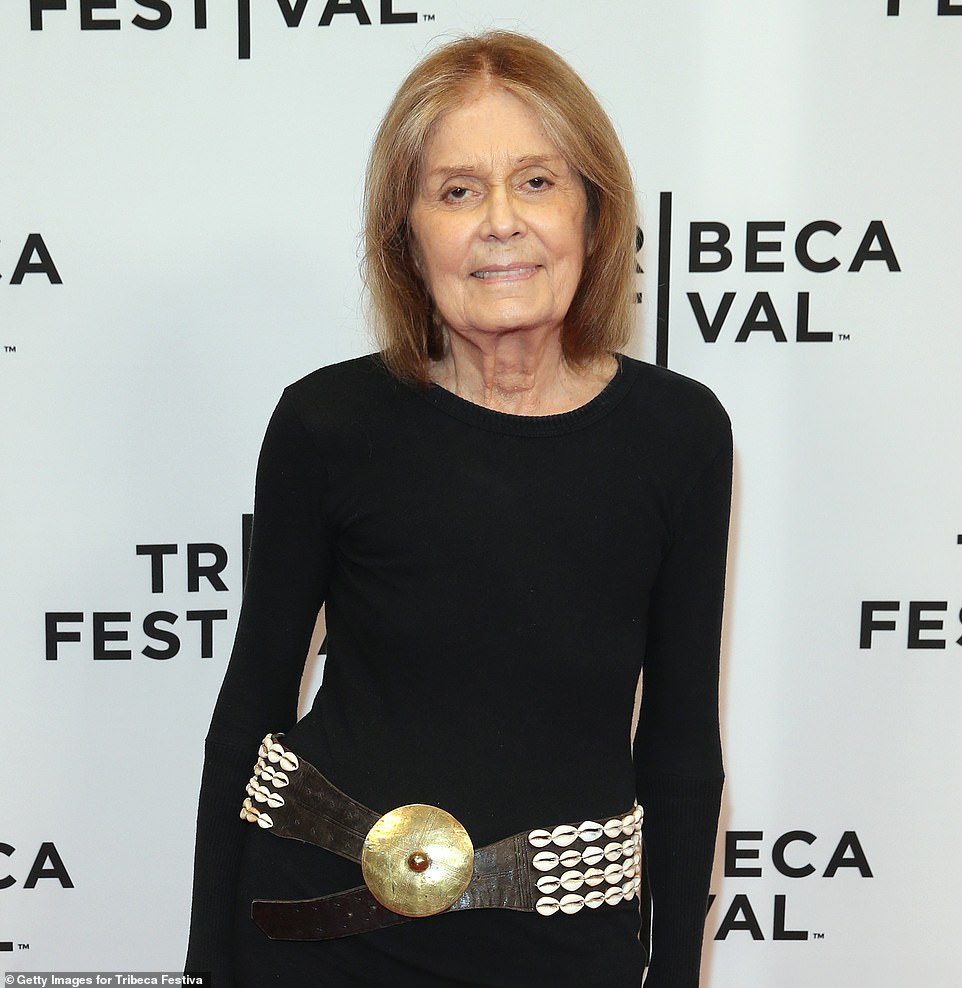 Steinem told the story of her own abortion, performed in London, which she said allowed her to live the life she chose. ‘Here you’re talking to two women: one who chose to give birth happily, and one who chose not to give birth happily,’ Markle said. ‘And we’re both prospering because we were able to make our own choices.’ Steinem, born in Ohio, moved to New York in 1960, and in 1971 famously launched Ms. Magazine – the first publication to be owned and operated by women. 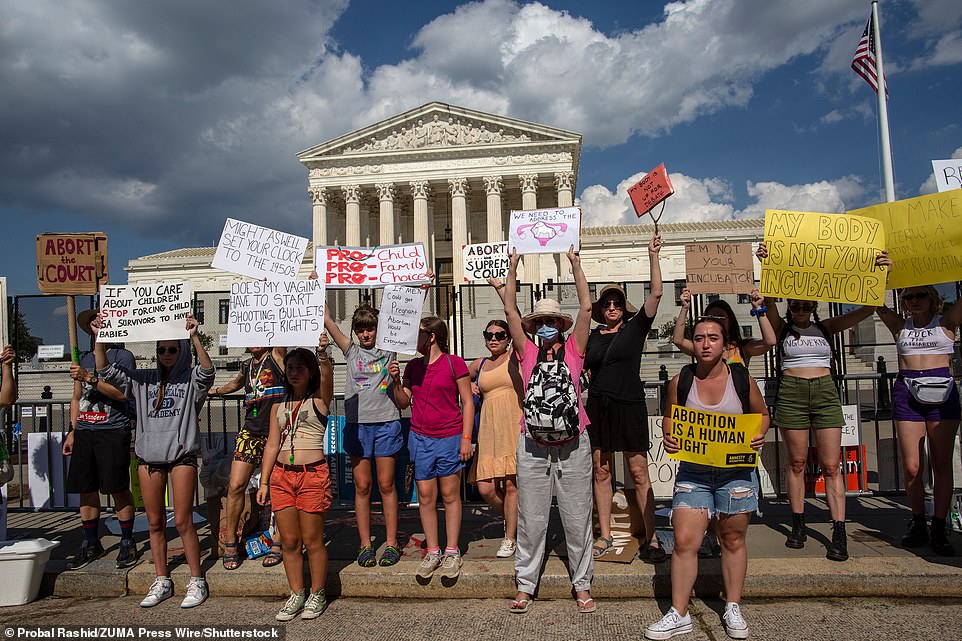 She has been at the forefront of women’s rights for over 50 years, and, asked what she would do to help, told The New York Post on Saturday: ‘Everything from the small effort to say, ‘I have a guest room if you need to come to New York state, you can stay here.’ Which of course is limited since it’s only one room. ‘But at least it’s something that I can offer.’ Steinem told Vogue that Meghan and Harry speaking out about the issue was vital. ‘It’s very, very, very important,’ she said. ‘Because what they both have is trust. We trust them and nothing but nothing replaces trust. It is the most important quality or attribute. We can see things on television and not believe them or not trust them. ‘But when people like these two tell us, then we trust it.’ 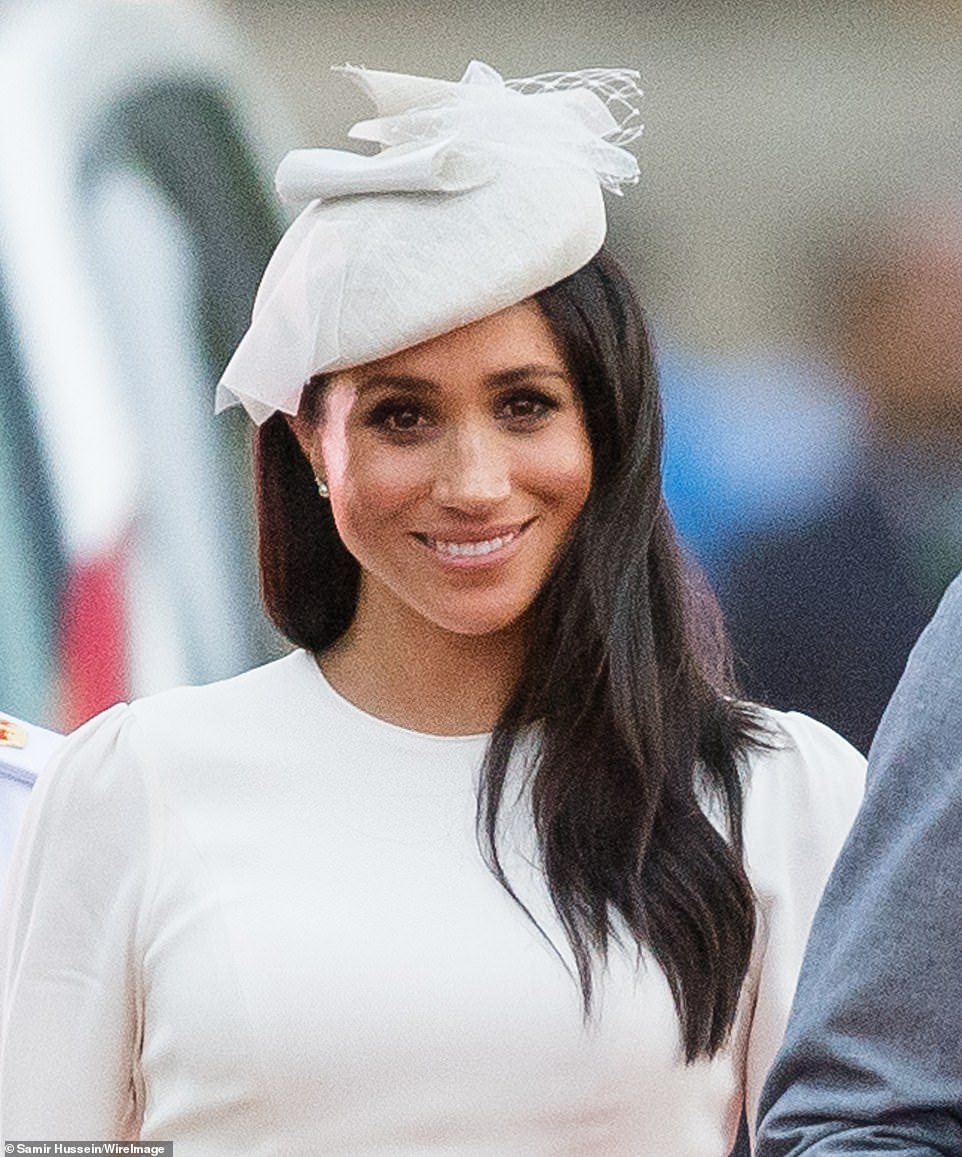 Steinem has recruited Markle in her fight to get Congress to ratify the Equal Rights Amendment – a proposed amendment to the United States Constitution designed to guarantee equal legal rights for all American citizens regardless of sex. ‘Being home, seeing what’s happening in our country and feeling energized and motivated, if this is the type of legislation that we need pushed through, then this is a moment that I am absolutely going to show up for,’ Markle said. ‘Not just because it’s what we need as women, but it’s what we need as people.’ 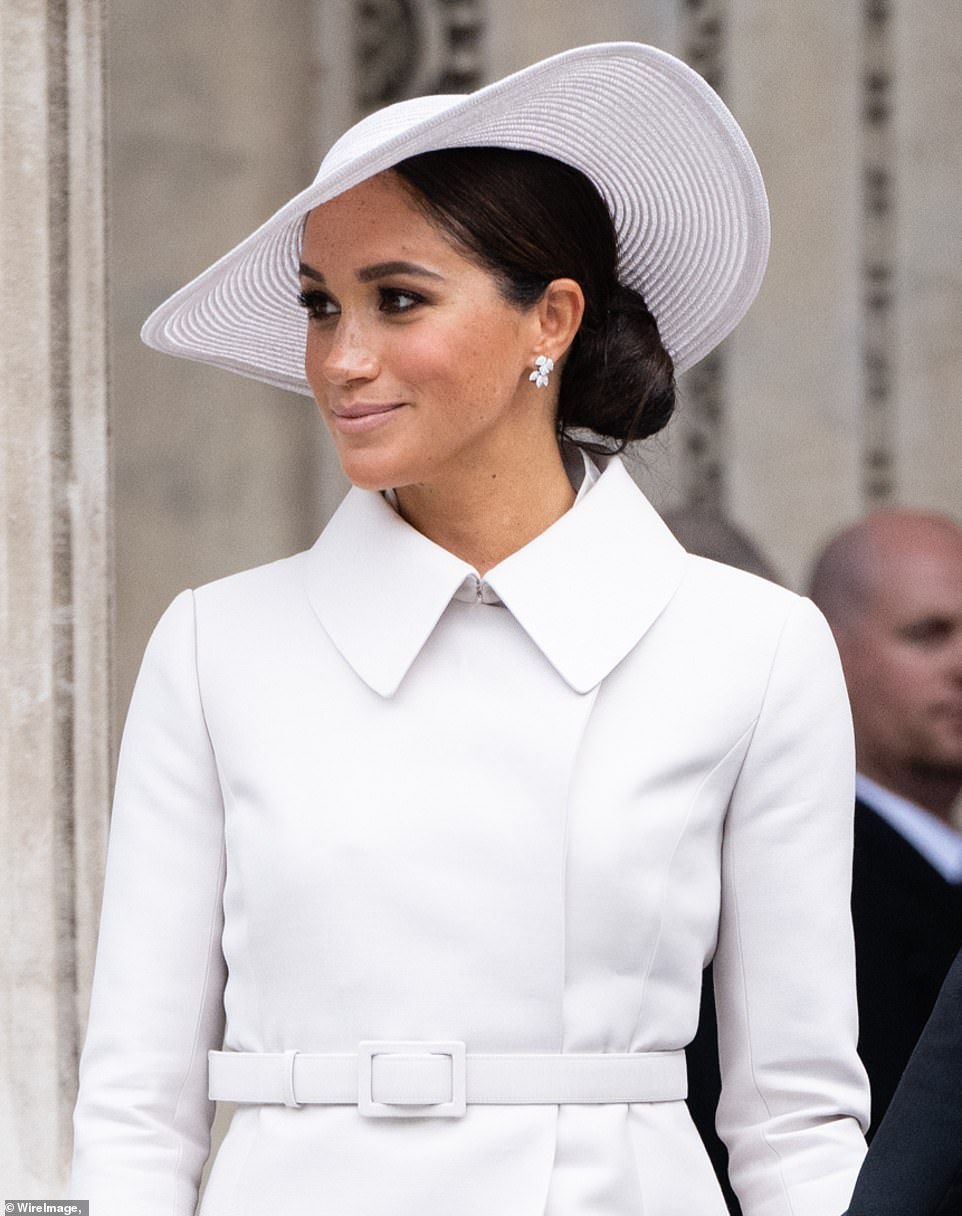 Los Angeles-born Markle said that now was a time that ‘requires unity’. She said she was optimistic. ‘I always look at things with the undercurrent of hope. If you are someone who truly believes that there can be something better, if you’re someone who sees injustice, you have a choice: You can sit there and be complacent and watch it, or you can say, ‘What can I do to get us to the other side of this?” she explained. 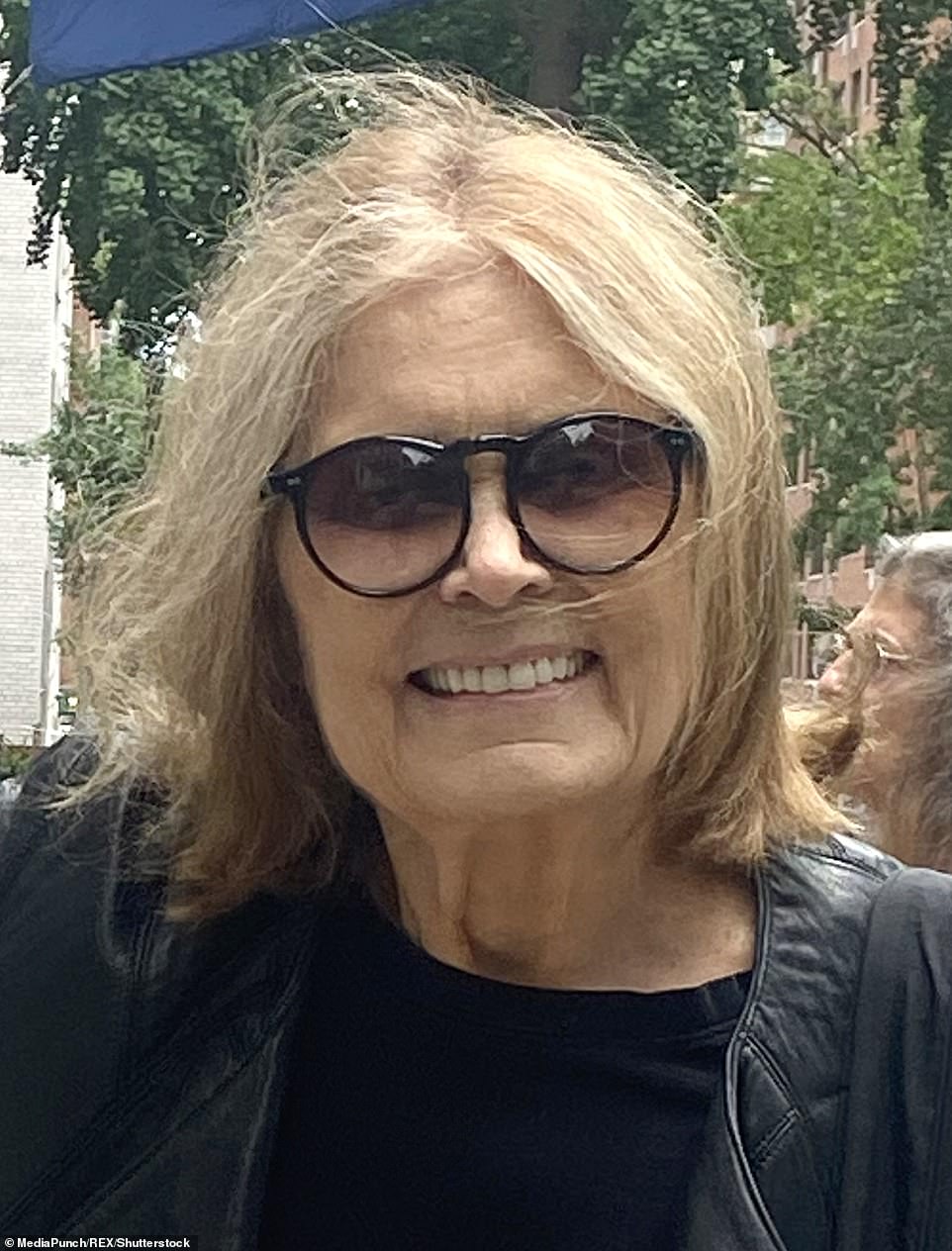 She added: ‘That’s another reason why I called Gloria (pictured), because I knew what I was looking for. What we need, in this moment, is to start with hope.’ She said what was needed was ‘really listening to people, understanding the Constitution was written at a time when women were second-class citizens.’ She added: ‘I think it’s equally about honoring the people who’ve been doing the work long before us, like Gloria. ‘I’m grateful that I’m holding a baton right there next to her and that we will continue to be doing this work together.’

Germany A review by the Inspector of London’s Hotel Amano, the first UK outpost of the trendy German brand English Headline