‘He was actually in front of goal and he sent it backwards… we both know it’s disgusting’: Raheem Sterling and Wilfried Zaha amusingly bicker over Manchester City star’s goal during thrilling 5-4 FIFA victory in ePremier League Invitational

By Tom Caldon For Mailonline

Wilfried Zaha was left disgusted on Wednesday after he lost to Raheem Sterling on FIFA 20 in the first round of the Premier League esports tournament.

In the absence of real football due to the coronavirus pandemic, Sterling’s Manchester City defeated Zaha’s Crystal Palace in a 5-4 thriller, and each of them scored with their own virtual players.

But it was Sergio Aguero’s tap-in – played across goal to give City a 4-3 lead – which made both stars laugh as they bickered at full-time. 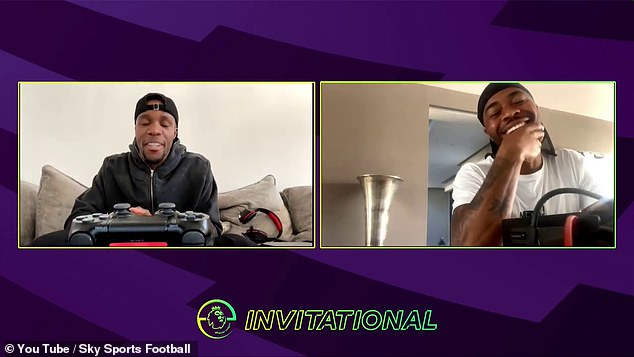 Wilfried Zaha told Sky Sports: ‘He was actually in front of goal and he sent it backwards. I’m not complaining, we both know it’s disgusting, you got the win.’

Raheem Sterling replied: ‘Listen Wilf, Crystal Palace are about to win the league, it’s the last minute of the game, you’re through on goal, Andros Townsend is beside you. To win the league you’re going to pass the ball, right?’

WZ: ‘You didn’t pass it to the side, you passed it back.

‘How dare you compare those two, but you got the win bro, I can’t complain, but you said “pass it to the side,” Aguero wasn’t to the side.’

RS: ‘I’m just going to go on my Instagram now and ask my followers to type “disgusting” and “sweaty”. I’m going to get that trending.’

WZ: ‘You’re a joke, you’re proud of yourself and sat there smug.’

RS: ‘I am proud of myself. I have won and I can go to bed tonight and sleep peacefully. You’re not going to be happy when you sleep tonight. 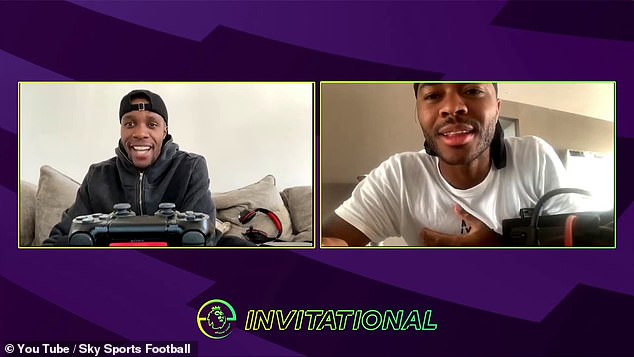 Sterling’s victory earned him a place in the last 16 of the ePL Invitational, where he’ll play Everton’s Andre Gomes, who earned an 8-0 win over Chelsea’s Reece James.

The semi-finals and final of the tournament are due to take place on Saturday, 25 April and will be broadcast live on Sky Sports Premier League and Sky Sports Main Event.

The rest of the round one matches will continue on Thursday before the quarter-finals on Friday. All matches can be followed on the Sky Sports YouTube and Twitch channels, plus the Football Daily YouTube channel.

The prize fund from the tournament will be donated to the #PlayersTogether initiative in support of the NHS. 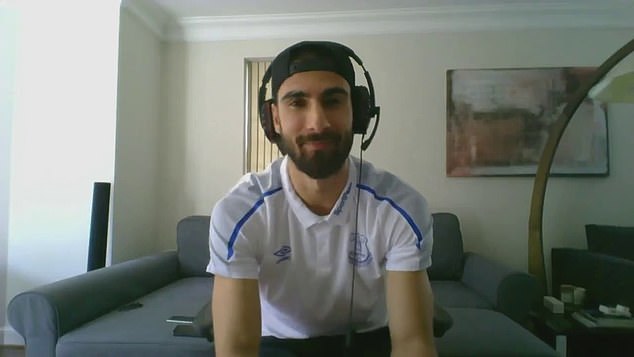