Western Australia’s Pilbara region is hit by a 5.4 magnitude earthquake

A magnitude 5.4 earthquake has hit the East Pilbara region of Western Australia on Saturday night.

The tremors were felt shortly after 9.05pm local time 7.9km east of Marble Bar, with more than 1,000 reports lodged to the Australian Government’s Geoscience tracker.

Marble Bar is a town and rock formation in the Pilbara region of north-western Western Australia that is mostly well known for its extremely hot weather. 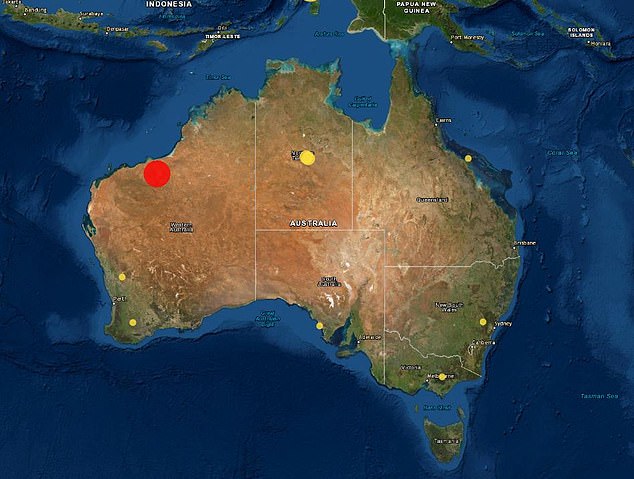 A magnitude 5.4 earthquake has hit the East Pilbara region of Western Australia (seen as a red marker) on Saturday night

A BBC journalist Tweeted minutes after the earthquake to confirm that a ‘moderately large’ tremor had hit the largely deserted area.

‘A moderately large #earthquake in Western Australia which is a little unusual – but there was a 3.8 magnitude quake in the same region just over a year ago.’ he wrote.

Linda Howard, who lives in the Pilbara, confirmed the earthquake on her Twitter account, saying it was ‘felt in Port Hedland, Karratha, Newman and Tom Price… and every mine site in between’.

Mining, construction and exports dominate the Pilbara region’s economy with its iron ore and liquefied natural gas industries valued at over $70billion.

Another Pilbara resident said it ‘went for about 30 seconds’ and consisted of ‘low rumbling’.

The Australian Bureau of Meteorology confirmed the earthquake had not triggered a tsunami warning.

In September a magnitude 5.8 earthquake rocked Melbourne and demolished part of a Betty’s Burgers restaurant on the city’s famous Chapel Street – with residents living as far away as Sydney, South Australia and Tasmania feeling the tremors. 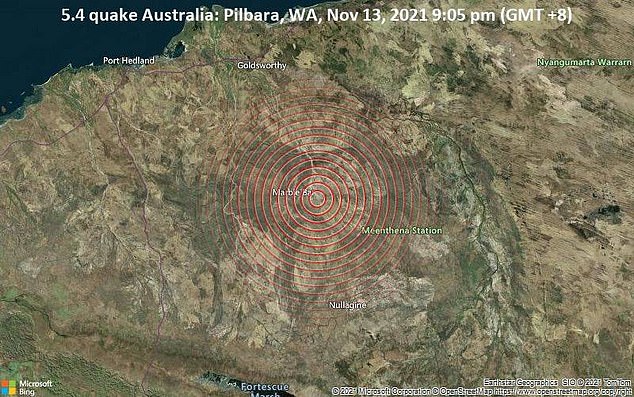 Linda Howard, who lives in the Pilbara, confirmed the earthquake on her Twitter account, saying it was ‘felt in Port Hedland, Karratha, Newman and Tom Price… and every mine site in between’