The ABC has been forced to apologise to an Aboriginal leader and campaigner against Indigenous domestic violence after accusing her of spreading ‘racist vitriol’.

Alice Springs Deputy Mayor Jacinta Nampi­jin­pa Price had taken legal action against the national broadcaster which was dropped as part of a settlement which included the apology.

The former children’s television presenter is a Warlpiri/Celtic woman who rails against the high levels of family violence in remote Indigenous communities.

She has argued to maintain Australia Day on January 26, saying moves to change the date are a distraction from the real plights of disadvantaged Aboriginal Australians.

Ms Price regularly appears on Sky News and her views are cited by conservative commentators including Andrew Bolt and Alan Jones. 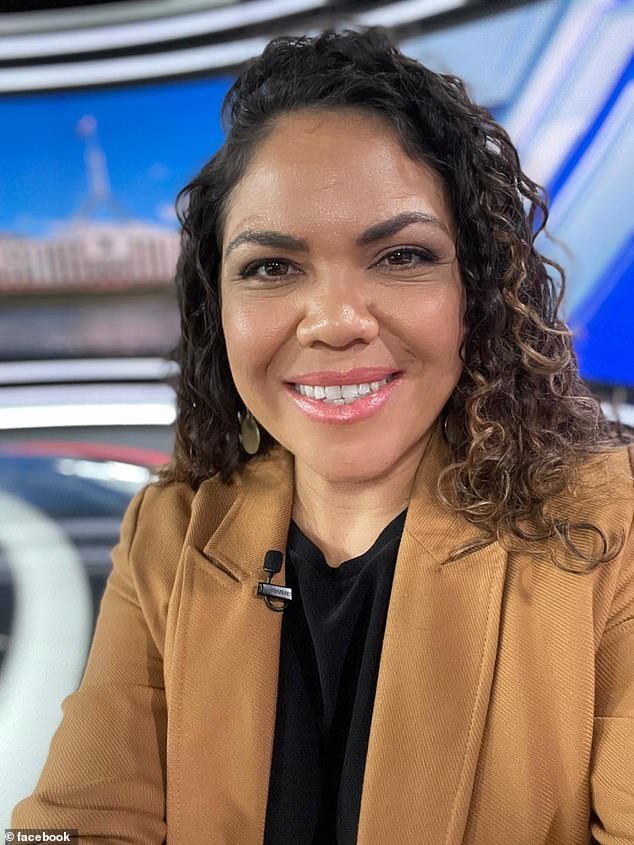 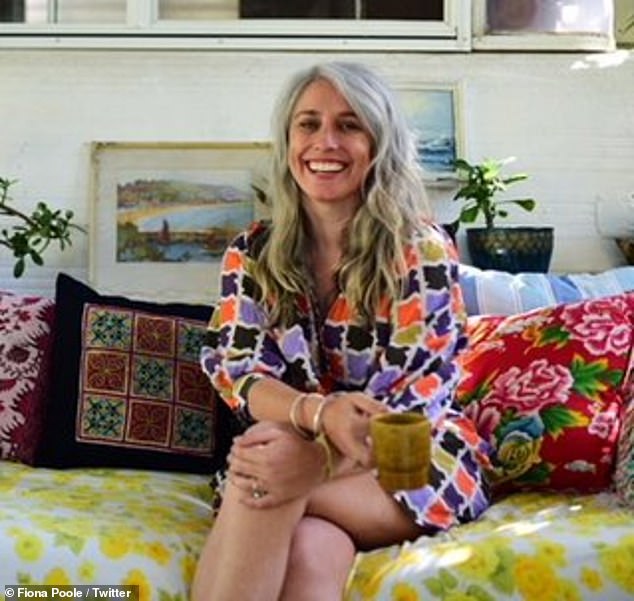 The apology was read on air by ABC Coffs Coast breakfast presenter Fiona Poole, who lives on an organic garlic farm in the Thora Valley, according to an online network profile.

Ms Price took action in the Federal Court over how the ABC reported Aboriginal groups pushing the Harbour City Council to cancel her Mind the Gap lectures.

In a statement of claim Ms Price said the ABC had defamed her by suggesting she ‘spreads racist vitriol about Aboriginal people’ and ‘vilifies and ridicules Aboriginal people and cultures.’

The segments aired by ABC Coffs Coast and ABC Alice Springs included claims made in a media release published by the Coffs Harbour and District Local Aboriginal Land Council. 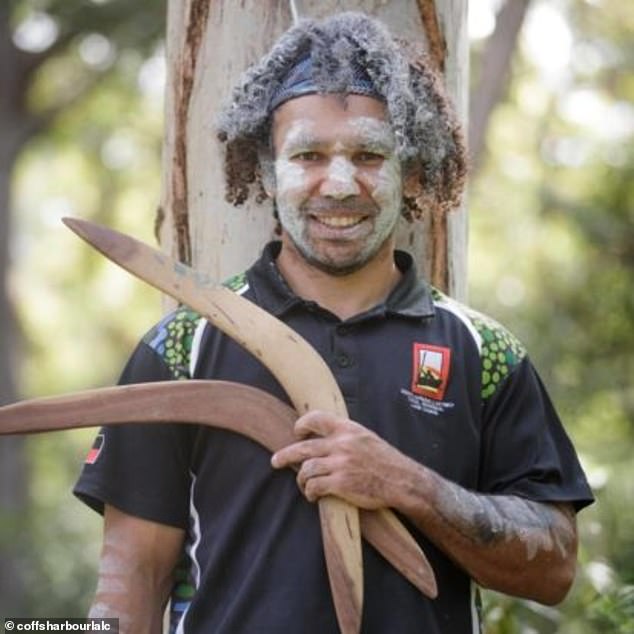 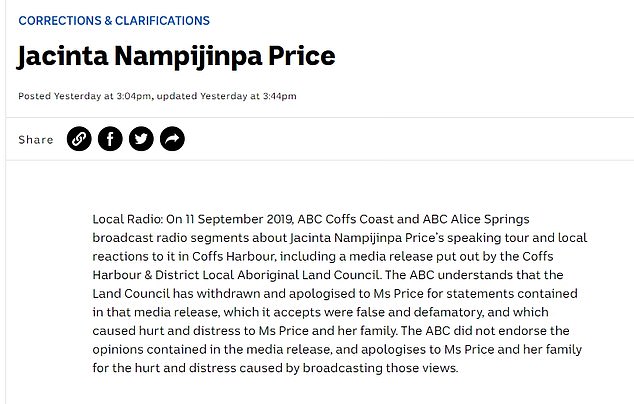 Ms Price, whose speech at Coffs Harbour went ahead, has said she was happy with the settlement but could not discuss its details as the conditions were confidential

Court documents say some of that material was repeated by reporter Claire Lindsay during an interview with the land council’s chief executive Nathan Brennan.

Lindsay is proud of her Gamilaroi ancestry, according to her online ABC profile.

‘The ABC understands that the Land Council has withdrawn and apologised to Ms Price for statements contained in the media release which it accepts were false and defamatory, and which caused hurt and distress to Ms Price and her family,’ Poole told her audience.

‘The ABC did not endorse the opinions contained in the media release and apologises to Ms Price and her family for the hurt and distress caused by broadcasting those views.’

Ms Price, whose speech at Coffs Harbour went ahead, has said she was happy with the settlement but could not discuss its details as the conditions were confidential.