A man who allegedly fired a rifle at pedestrians and motorists at a shopping strip before taking a hostage inside a shop has been charged after a dramatic arrest.

Terrifying video footage showed a man armed with a rifle and wearing a flak jacket and balaclava stalking the streets outside shops, firing into the air.

Police rushed the scene in Windang, a suburb of Wollongong, just after 9am after reports of an ‘active shooter’ roaming the streets.

Simon Fleming, 40, was allegedly armed with what appeared to be a second firearm flung around his shoulder as he retrieved a suitcase-like object from the road. 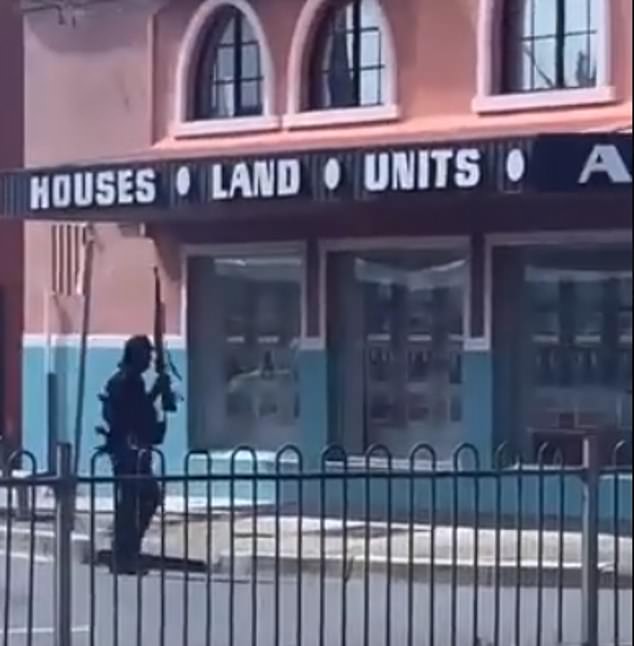 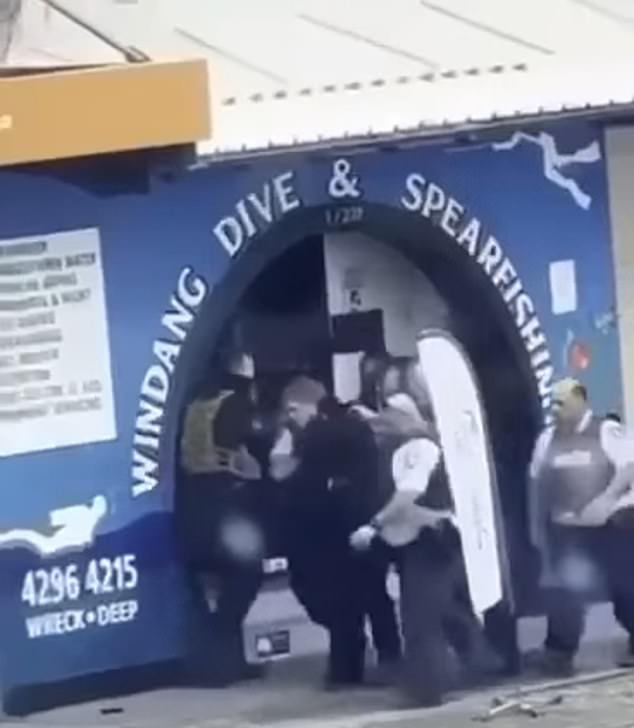 The man allegedly took an employee hostage inside a dive and spearfishing shop, where he was arrested by police (pictured)

After allegedly firing five rounds at passersby, he barricaded himself inside a nearby dive and spearfishing shop, where the store owner was held hostage.

He surrendered to police after brief negotiations and video showed him surrounded by up to six officers officers outside the dive shop before he was led away.

Fleming was taken to Lake Illawarra Police Station to be questioned, and early on Monday morning was charged.

His charges include shooting at a home with disregard for safety, firing a gun in a manner likely injure people or damage property, detaining a person with intent to obtain advantage.

He was refused bail at Wollongong Local Court on Monday morning. 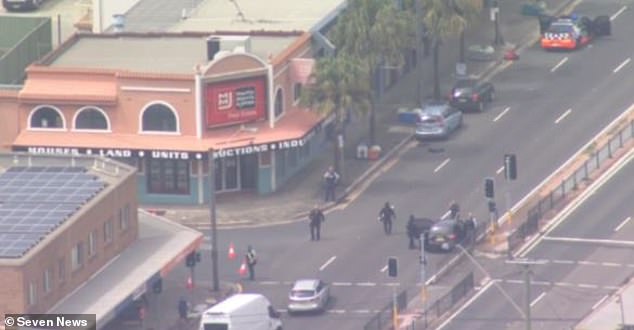 Police forensics officers and the bomb squad searched his home and allegedly found child abuse material and a police uniform along with a stash of weapons.

Police are yet to establish a clear motive for the alleged gunman as it was ‘still very early’ in their investigations.

The store owner allegedly held hostage inside the business was released safely and without injury. No one else was injured during the siege. 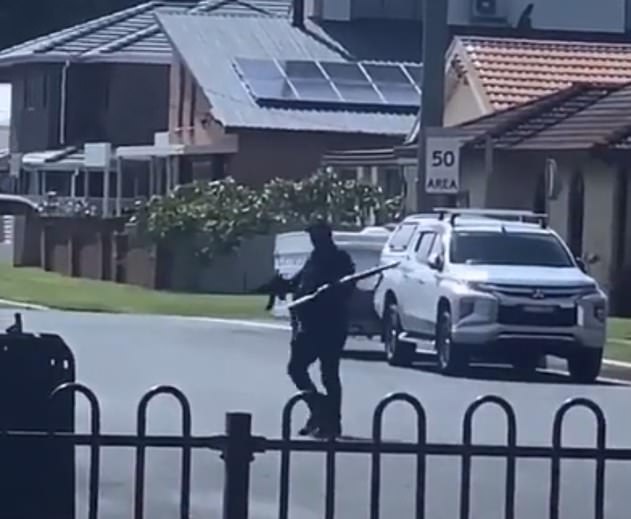 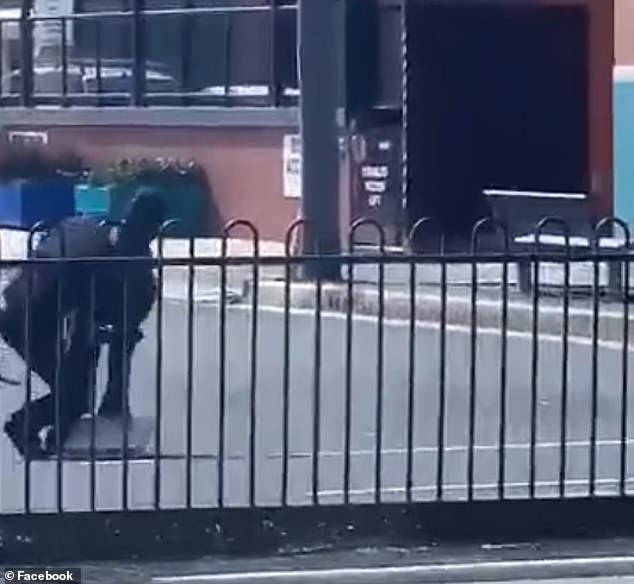 Shocked locals recalled the terror of seeing an armed man dressed in a bulletproof vest, a balaclava and a black cap and being warned by police to keep clear.

‘There was an old man coming out of the corner store. He aimed and shot at him but didn’t hit him,’ a woman told the Illawarra Mercury. 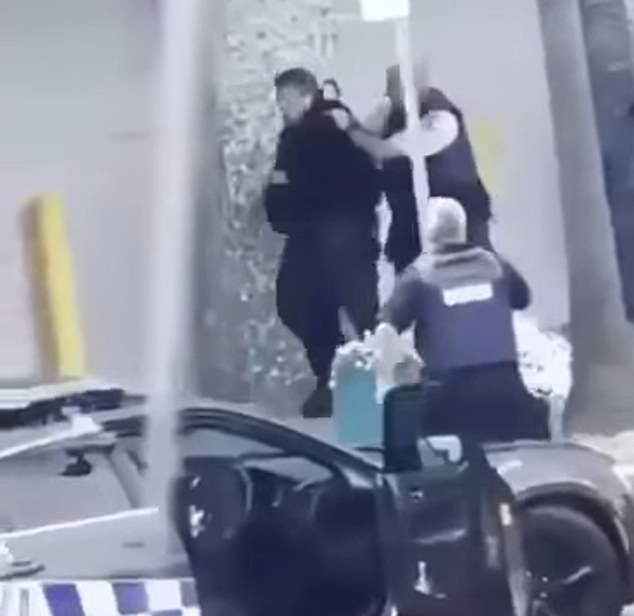 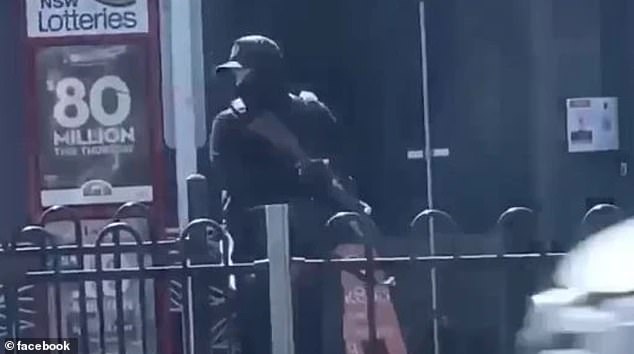 ‘We were walking a dog around the park and heard what we thought were nail guns but, no, they were gunshots.

‘A police officer came running up Kurrajong Street, called out to us “active shooter on the run, get back”.’

Others were just relieved no one was injured.

‘He walked passed my brother while he was just buying a paper. What the f**k is wrong with the world,’ one woman posted on Facebook.