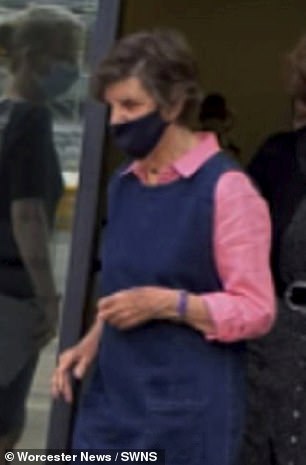 An 87-year-old woman is the UK’s oldest dangerous driver after being convicted of mowing down three people while reversing at a garden centre.

Pauline Haynes ploughed into two women and a boy while reversing her Mazda at speed out of a car park at Broomfields Farm Shop and Garden Centre in Worcester.

Mother Nicola Weir, 42, and her eight-year-old son Kyle were queuing for food when they were knocked down by Haynes who ploughed through a series of display tables.

Haynes then careered through an apple orchard where she pinned another customer, Dawn Walters, to a tree.

Mrs Weir was airlifted to the Queen Elizabeth Hospital, Birmingham, with a bleed on the brain as well as a cracked spine and pelvis, Worcester News said at the time of the incident in August last year. Her son suffered bruising and minor concussion.

Miss Walters was also rushed to hospital following the crash but has been left unable to walk and is in constant pain.

Although older motorists have been charged with driving-related offences, including a 100-year-old careless driver and a 91-year-old drink driver, Haynes is the oldest to admit to two counts of causing serious injury by dangerous driving after appearing at Worcester Magistrates’ Court on Thursday.

The pensioner pled guilty to careless driving, making him the oldest person in Scotland to be convicted of a crime.

He was fined £200 and given four penalty points, but kept his licence, meaning he is still free to drive.

Pauline Horrigan, 91, smashed her Audi A3 Sportback into bollards and a lamppost in Colchester, Essex, in July 2018.

The pensioner failed two breathalyser tests and was arrested on suspicion of drink driving.

She later admitted the charge at Colchester Magistrates’ Court and pledged to give up her car when her 14-month ban expired – after 76 years behind the wheel.

The court heard Haynes, of Worcester, was backing out of the parking space when she suddenly shot backwards.

Melanie Winterflood, prosecuting, said: ‘She reversed out of the parking space in order to reverse out of the garden centre.

‘Unfortunately, as she reversed, she travelled at some speed backwards towards people stood outside the shop.

‘One of those was Nicola Weir, she was waiting to be served food from a hatch.

‘The vehicle collided with one of the display tables.

‘That knocked Mrs Weir and her son to the ground.

‘Her son didn’t suffer any injury at all.

‘She continued to reverse towards an orchard, and that was where second victim Miss Walters was.

‘The vehicle was still reversing at speed and collided with Miss Walters, pinning her against a tree.’

Speaking at the time, Ms Weir’s sister-in-law Joanna said: ‘[Nicola] and my nephew were both hit by the lady driver.

‘She was airlifted to the QE with multiple injuries, luckily my nephew escaped with only concussion and bruises.

‘My sister-in-law went into hospital with a bleed on the brain, a cracked spine and a broken pelvis.

‘After MRI’s they’ve since discovered that she has a bone broken in her neck which they need to operate on before they can do anything else, she will need help to walk again as her pelvis is broken in two places.

‘She was in a neck brace and was not allowed or able to move. We want to know how this could have happened.’

Miss Walters was also taken to Queen Elizabeth Hospital where she was treated for horrific injuries before later being transferred to the Robert Jones hospital in Oswestry.

Miss Winterflood added: ‘Her injuries were significant. She can’t walk, she will need a operation.

‘She lives in constant pain, she can’t carry out (daily) activities, and there are other injuries.’

The court heard Haynes, who escaped the incident uninjured, had already surrendered her licence and told magistrates: ‘I’m not going to drive again.’ 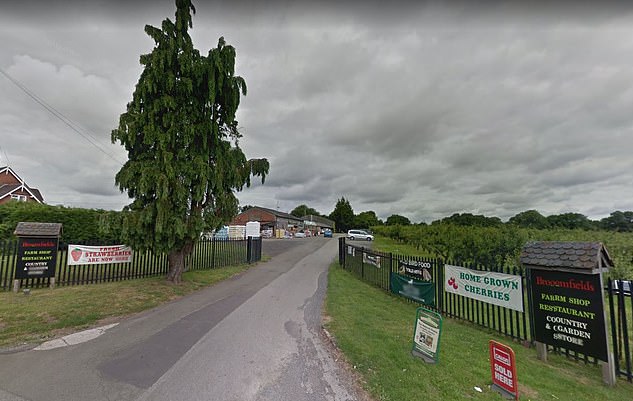 Belinda Ariss, defending, said it was a ‘tragic accident’.

Chairman of the Magistrates Bench Kevin Lloyd-Wright said: ‘Due to the nature of this offence and its consequences, and the age of the defendant we send to crown court for sentencing.’

Haynes, who is facing a maximum five years in jail, was bailed and slapped with an interim driving ban before she is sentenced at Worcester Crown Court in July.

Data shows an increase in the number of drivers over the age of 70 on the road, doubling over the last 25 years, the Sunday Times reported earlier this year.

Statistics also show that the number of deaths on the road involving motorists in this age group also rose from 95 in 2010 to 145 in 2020.

The new scheme would see elderly drivers, suffering with health problems, restricted to an area of just 20 or 30 miles from their home and could see a night time ban enforced.

Edward Trewhella, chief executive of Driving Mobility, said that many elderly drivers tend to stick to their local areas anyway when driving, making short trips to carry out personal errands.

He said: ‘This process would regularise that, and make it legal for them to do so as long as they didn’t take a trip outside of an area or outside of a time restriction.’

At present, a driving licence expires when a motorist reaches the age of 70 and those who wish to stay on the road have to contact the DVLA.

They must also make the organisation aware of any health conditions they have which could affect their safety behind the wheel – and a review is carried out every three years.

‘You are encouraging the bad actors’ #englishheadline