By Carly Stern For Dailymail.com

A fitness model has gone viral after filming the moment she confronted a man for calling her a ‘dumb c***’ – simply because she was working out in the spot he wanted at the gym.

Anastasia Alexander started her camera after the remark was made at a New York City Equinox, but she filmed herself calling him out — and him not denying it.

As she repeatedly throws his words back in his face, the man repeats that he wants her to move but tries to get her to drop her complaint. 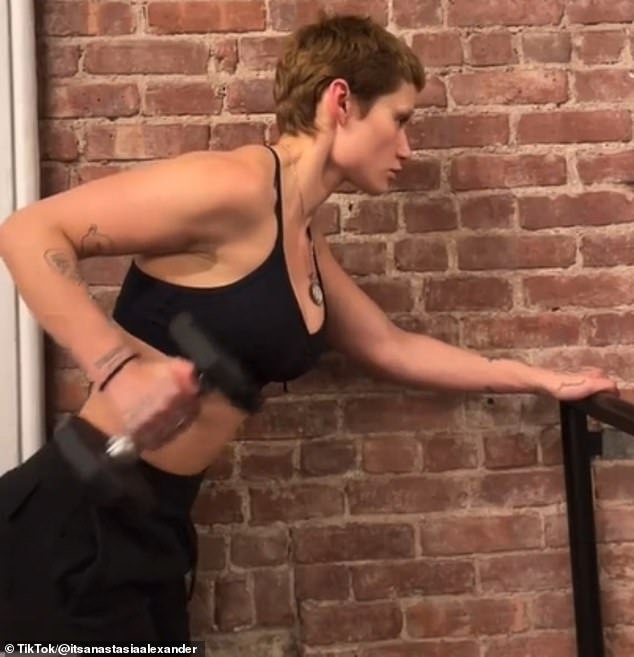 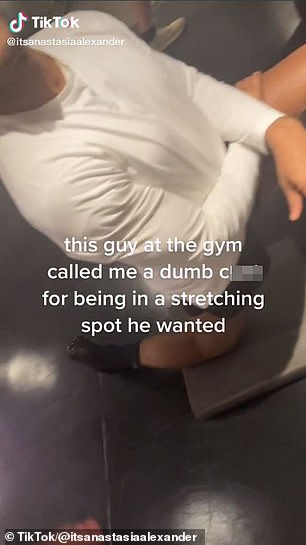 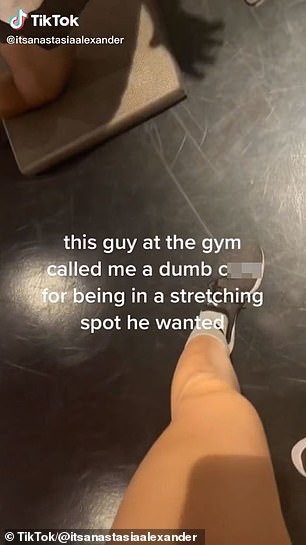 She asked him repeatedly if he just called her a ‘dumb c***’ and he responded: ‘I just said you should move over to the side’

‘This guy at the gym called me a dumb c*** for being in a stretching spot he wanted,’ she captioned her viral TikTok video.

As it begins, she films a man in a white T-shirt and black shorts stretching on the ground and asks him, ‘What was it that you said? Did you just call me a dumb c***?’

‘I just said you should move over to the side,’ the man replies.

‘I was here before you even walked over,’ she tells him.

He then seems to try to brush her off and end the conversation, but she doesn’t let him go, repeating the profane phrase she claims he used. 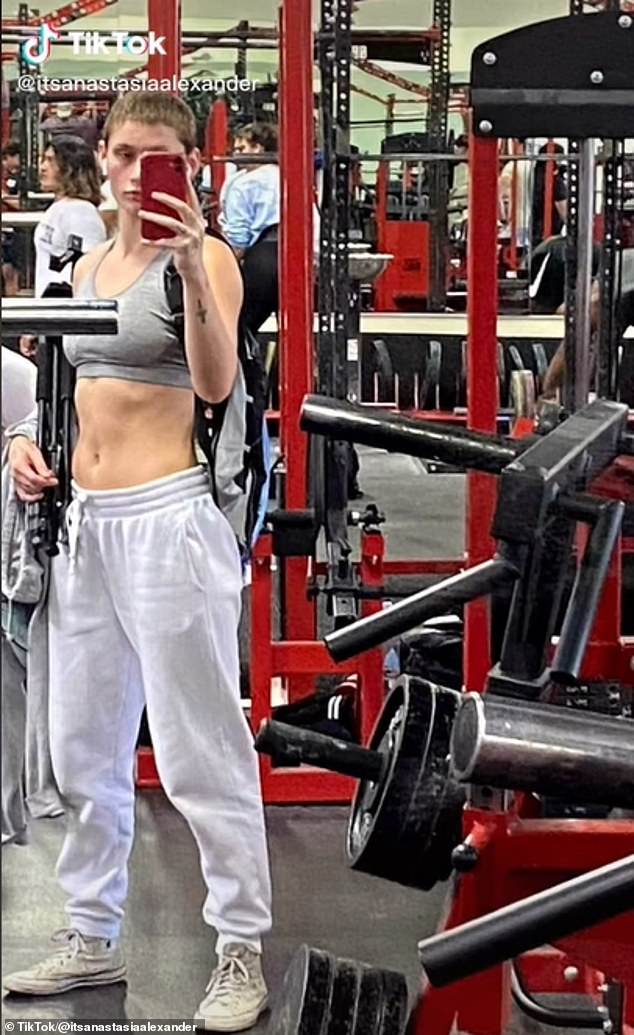 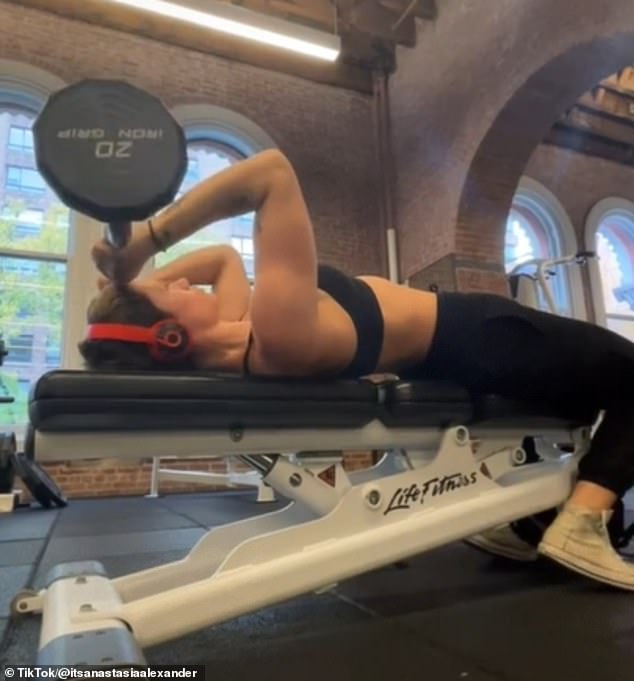 She said that when she refused, he made the remark and walked away

In a followup video, Anastasia explains: ‘I was at the gym training from six to 9:30 in the morning.

‘I was sitting down, stretching, I was there maybe five to ten minutes before he came over. Comes over, asks me if I’ll move somewhere else. I was like, “No, I was here first, you can move.” And as he walks away, he says, “dumb c***.”‘

After she confronted him, she said, he was saying that she should just ‘drop it. 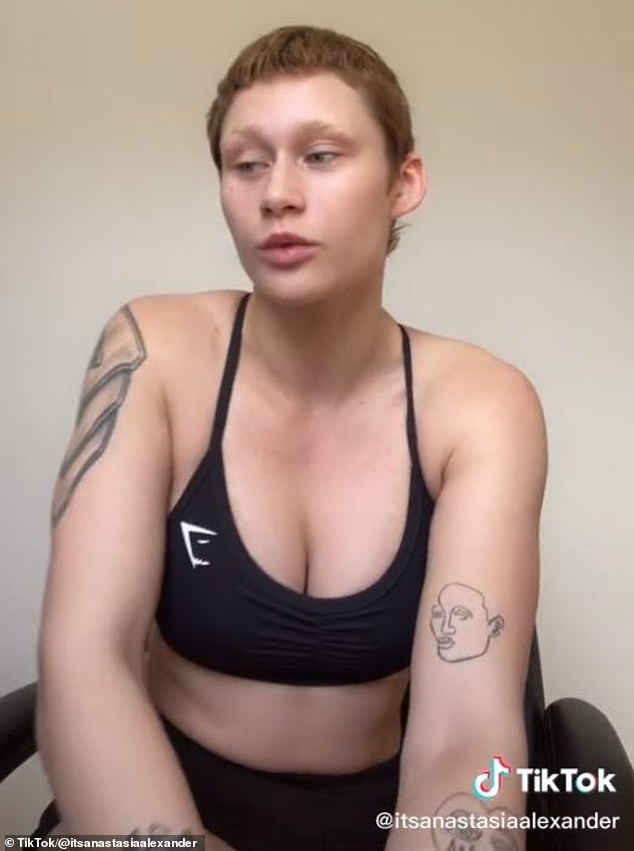 Commenters on Anastasia’s video are disgusted by the man’s behavior.

‘Bullies will always act nice and reasonable AFTER being confronted. They don’t expect people to fight back — they’re cowards,’ wrote one, while another echoed the idea: ‘They love to stay calm after they run their mouth.’

‘Men r so entitled and for what,’ wrote another.

‘I hope you went to membership services, they can have him booted ASAP,’ wrote a fourth.

‘Glad you called him out,’ wrote one more. ‘Next time, louder.’